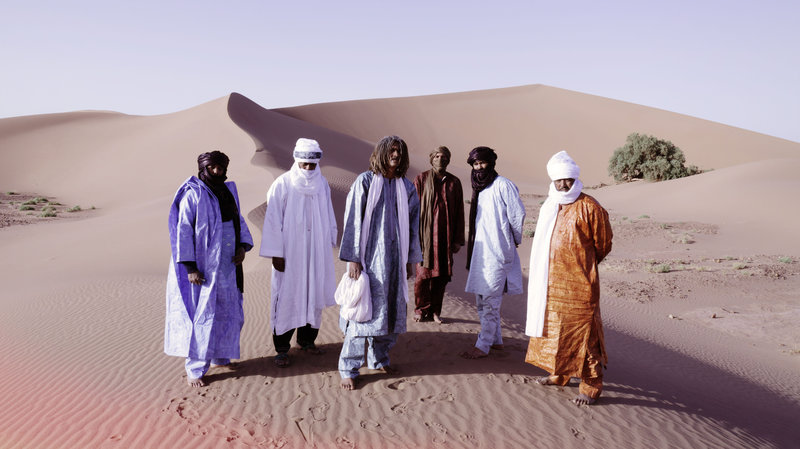 Saharan band Tinariwen, are streaming their forthcoming release Elwan, out February 10th, via Anti. Recently, the band’s homeland, a Saharan mountain range between north-eastern Mali and southern Algeria, has been transformed into a conflict zone. While the songs on the new record evoke those cherished deserts of home, they were recorded a long way away in two distinctive bursts, recorded in both the California desert of Joshua Tree and in Southern Morocco

The record features guest performances from Kurt Vile, Matt Sweeney, Alain Johannes, Mark Lanegan and more, each song powerfully evoking a land that can no longer be found, with all that this implies in terms of emotional range, from nostalgia for a joyous past to the tragic recent loss of a territory, and of the dream that it nourished.

Tinariwen have announced dates for their 2017 headline tour of North America, beginning on March 30th in California.