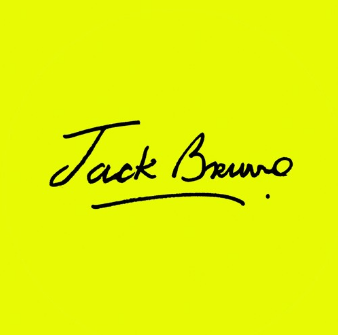 Bruno has always been the sole songwriter in his various bands. He learned to play guitar, drums, bass, and piano by watching other musicians, and taught himself rudimentary self-recording. In 2015, Jack Bruno was on the cusp of breaking out with his indie synth alternative band Raw Fabrics. They toured with Weezer and Alt-J, and released two acclaimed EPs in Gold Handcuffs and Plastic Joy. In true rock and roll form, when Raw Fabrics were getting known, getting high started to take precedence over making music for Bruno. His habit became a total addiction. His bandmates quit. His long term girlfriend left him. And he entered rebab.

After leaving rehab, Bruno briefly rebooted Raw Fabrics, but he’s since ditched the band name to perform as himself. “It’s a big step of just owning it,” he says. “It’s a way to dive deeper, going from an art project to really personal storytelling that’s about sharing my experiences, connecting on a bigger level-a more meaningful and mature way of doing things.” His newfound self-awareness and clarity is evident on the first songs he’s recorded under his own name.