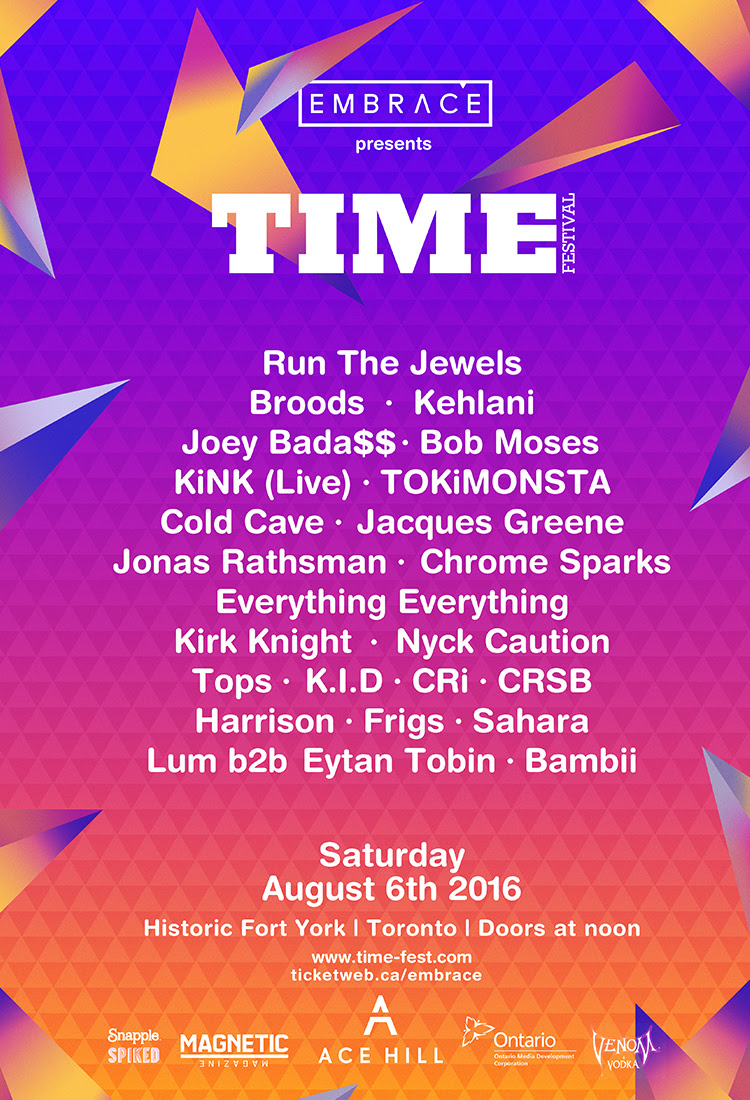 Over the past eight years, TIME FESTIVAL has showcased an abundance of heavyweight performances including Die Antwoord, Mac Demarco, Diplo, A-Trak, Flosstradamus and Grimes to name a few.

In addition to the stellar music, attendees will be able to enjoy the vendor village, which offers art exhibits and local foods.