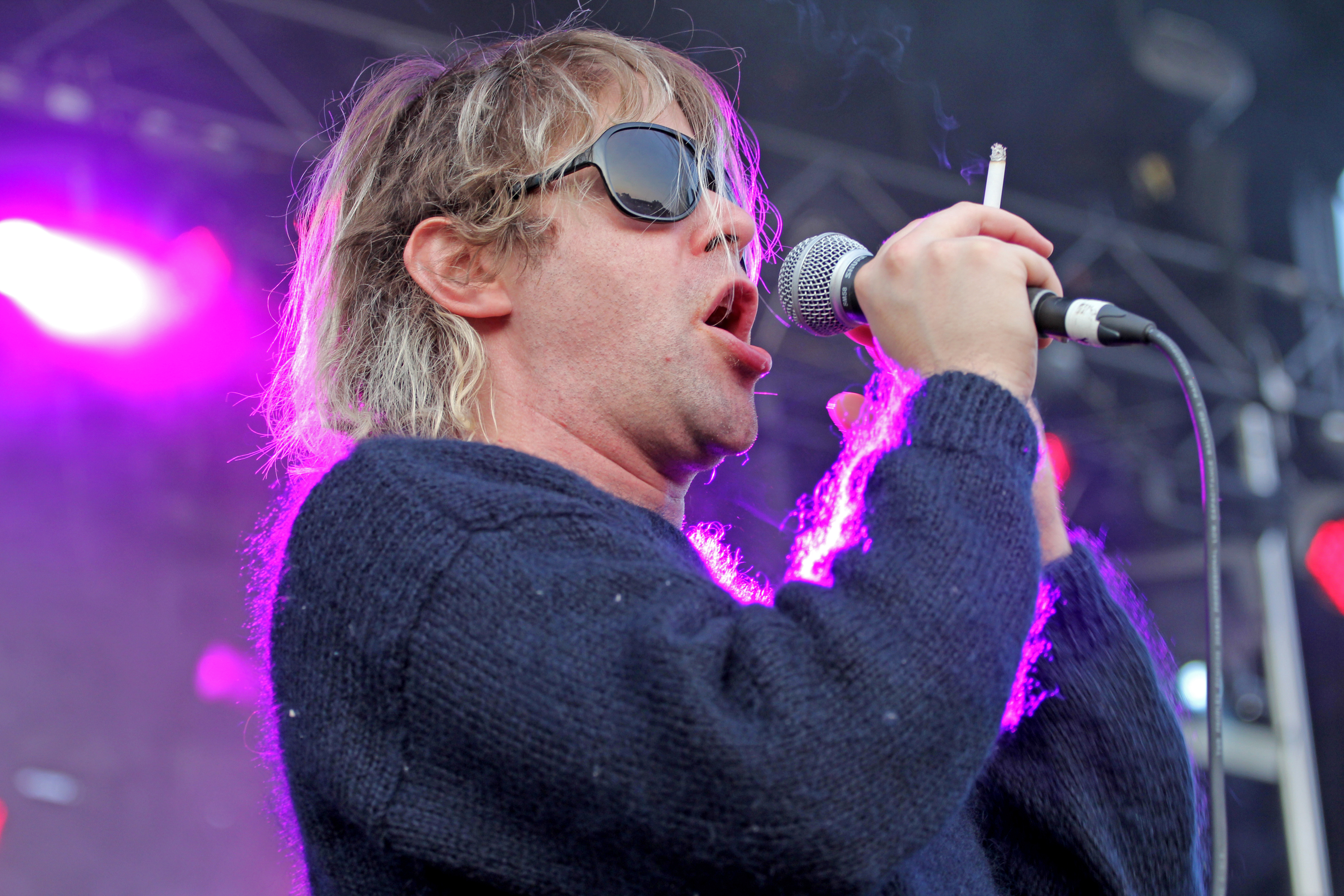 Who needs all the bells and whistles of a huge weekend, multi-day festival when tickets for a mid-summer day out started at $25? Despite some harsh words from headliner’s Die Antwoord, Time Festival 2015 was well attended by about 10,000 Toronto hipsters this past Saturday. Hot, but not unbearable with tons of shade on Fort York, the day began with EDM artists spinning under the sun for many costumed dancers.

After attending many outdoor multi-stage festivals, Time Festival was a welcome release with just one stage and a small festival site. Ciders in hand we listened to Ryan Hemsworth’s dance beats as more colourfully dressed people filtered through the unusually located gates.

BadBadNotGood took to the stage and called out to the audience to get rowdy to their jazz-rock songs. There was no appearance of Ghostface Killah, but the crowd ate it up, lifting their lioned mascot high above their heads in their finale.

Ariel Pink should get an award for having the most balls after Lenny Kravitz. Rocking white hot pants flashing everyone in the photo pit, the lead singer was clearly not all there during their performance of psych-pop and kept running off stage for a curious minute or two, coming back more wild each time. The end of the electro-rock set would be comparable to David Bowie’s efforts in the mid-80s. Even if audience members didn’t dig their out there sounds, everyone had an opinion when they left the stage.

Mac De Marco was our main draw and he didn’t disappoint. With his new EP, Another One, dropping just a week before, the Toronto audience wore their trucker hats with pride as they belted out the mellow words to Salad Days and watched De Marco carefully balance his cigarette between his guitar fret board while tuning. Introducing new band members who had never been to Canada before, his newest long blonde guitarist become the official party cheerleader, appearing shirtless and trading that trademark awkward banter with De Marco throughout. Interestingly, De Marco chose to cover The Beatle’s Blackbird and a Steely Dan track.

Die Antwoord closed the night with an adrenaline fuelled set that included masks, dancers, crazy contact lenses, Pokémon costumes, booty shaking, stage diving and more. The set began with an ominous sound as the video screen showed an image of the face of the late Leon Botha, DJ and collaborator with Die Antwoord. Dj Hi-Tek took to the stage as Ninja and Yolandi Visser electrified Time Festival with their wild stage presence. Ninja worked the crowd, high fiving fans in the front row as Yolandi interacted with the dancers, both delivering their brand of fast paced hip-hop meets EDM through the mind of an acid trip. Even those who may have only shown up for Mac DeMarco surely were stopped in their tracks witnessing Die Antwoord’s live show. Later on the group’s Instagram Die Antwoord expressed frustration for not being able to perform an encore, even as the headliners of the event, however I’m sure the fans all left happy with their performance.

By Samantha Everts with Mark Matusoff