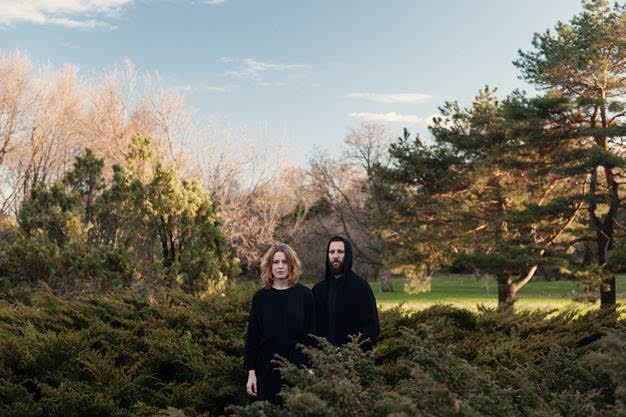 The band talks about the single: “We always heard this “swinging” cymbal in our minds when thinking of the arrangements for this tune and that’s how we ended up thinking of Liam O’Neill for the drums. His timber and tone was what we always imagined. This song is about standing fast in your choice and doing what you have to do even though it might be hard, and even though you have to leave some things behind. This song is indigo.”

The Black Matter EP was recorded at home and in friends’ spaces, and ultimately tied together with one new collaborator, Pierre Girard at Planet Studios, the EP format allowed them to start fresh and go deep: “…to focus on something smaller with any kind of detail and perfection you like…” says Thus Owls’s Erika Angell.

Finding liberation in the shorter arc, Thus Owls set out to write a handful of songs and almost ended up with a full-length album despite their plan. This 30-minute, 6-song journey reveals uncharted approaches with respect to instrumentation, as well as deep contributions from drummers Liam O’Neill (Suuns) and Stefan Schneider (Bell Orchestre, Luyas) and striking string arrangements by Daniel Bjarnason (Sigur Rós, Efterklang, Ben Frost). The shifting perspective is not just felt sonically – you can see these movements reflected in Karl Lemieux’s (Godspeed You! Black Emperor!) artwork as well.