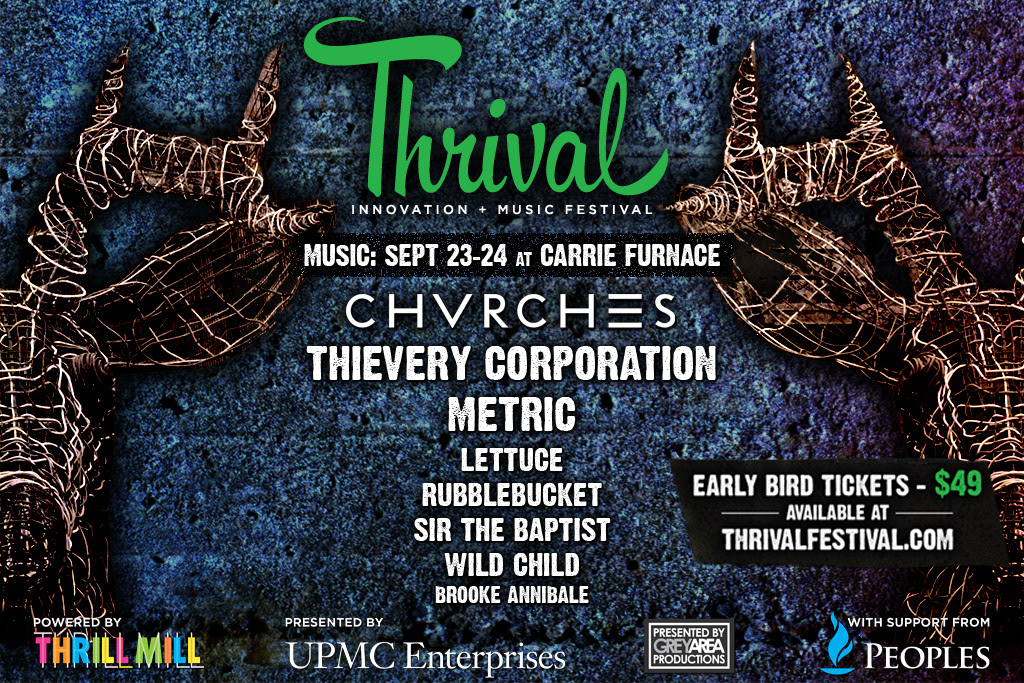 Thrival executive producer, Dan Law, explains, “Recently, Pittsburgh finds itself on a number of ‘top’ lists, but so much of our city remains undiscovered to a broader audience. The festival offers that unique opportunity to witness why Pittsburgh is a modern comeback story.”

The city’s tech boom has been a driving force in its comeback narrative attracting industry stalwarts like Google, Apple, Facebook, and Uber. However, Thrival’s Ripple Effect theme also explores the smaller ideas that eventually lead to big impacts emerging outside of the tech giants’ umbrellas — particularly within the realm of startups and entrepreneurship.

The festival’s third theme, Lost and Found is an examination of rediscovered industries and skillsets that are shaping our modern economy — a theme embodied by the landmark venue anchoring the weekend music experience, the Carrie Furnaces. This national historic landmark was once a part of the historic Homestead Steel Works.