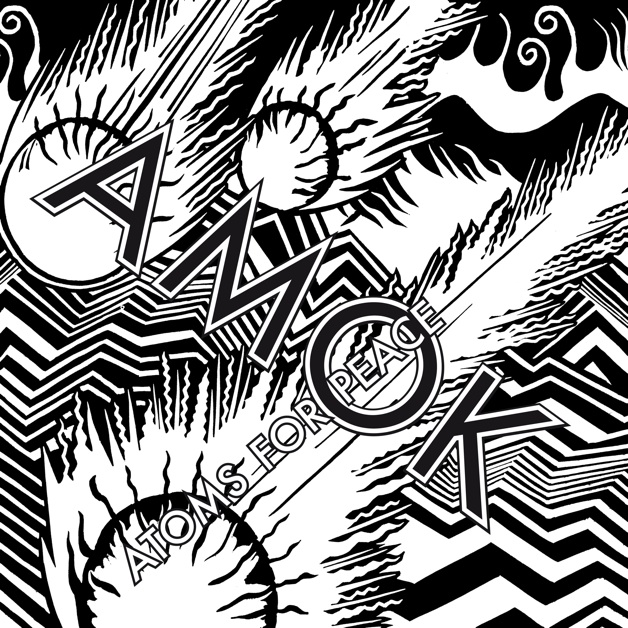 “So finally I can tell you the Atoms for Peace record is coming out on the 25th February, it’s called Amok.

We put something new on the website for you to stare at etc for a while here..
www.atomsforpeace.info It’s a while to wait i know so i’m sure some other things will occur before then.

Atoms for Peace… members of staff

We formed to learn to play The Eraser record, if you don’t know that, and discovered a really good energy doing that.. and it fell into this record.

I’m still reeling from being on tour for much of the year but we are planning to get together and play etc next year !We’re figuring all that out right now.

Atoms is a ongoing and open ended project, where it leads i know not for certain…. which is what is nice about it.” ‘Amok’ will be available on CD, Deluxe CD, LP, Deluxe LP and download and will feature artwork from longtime collaborator Stanley Donwood.