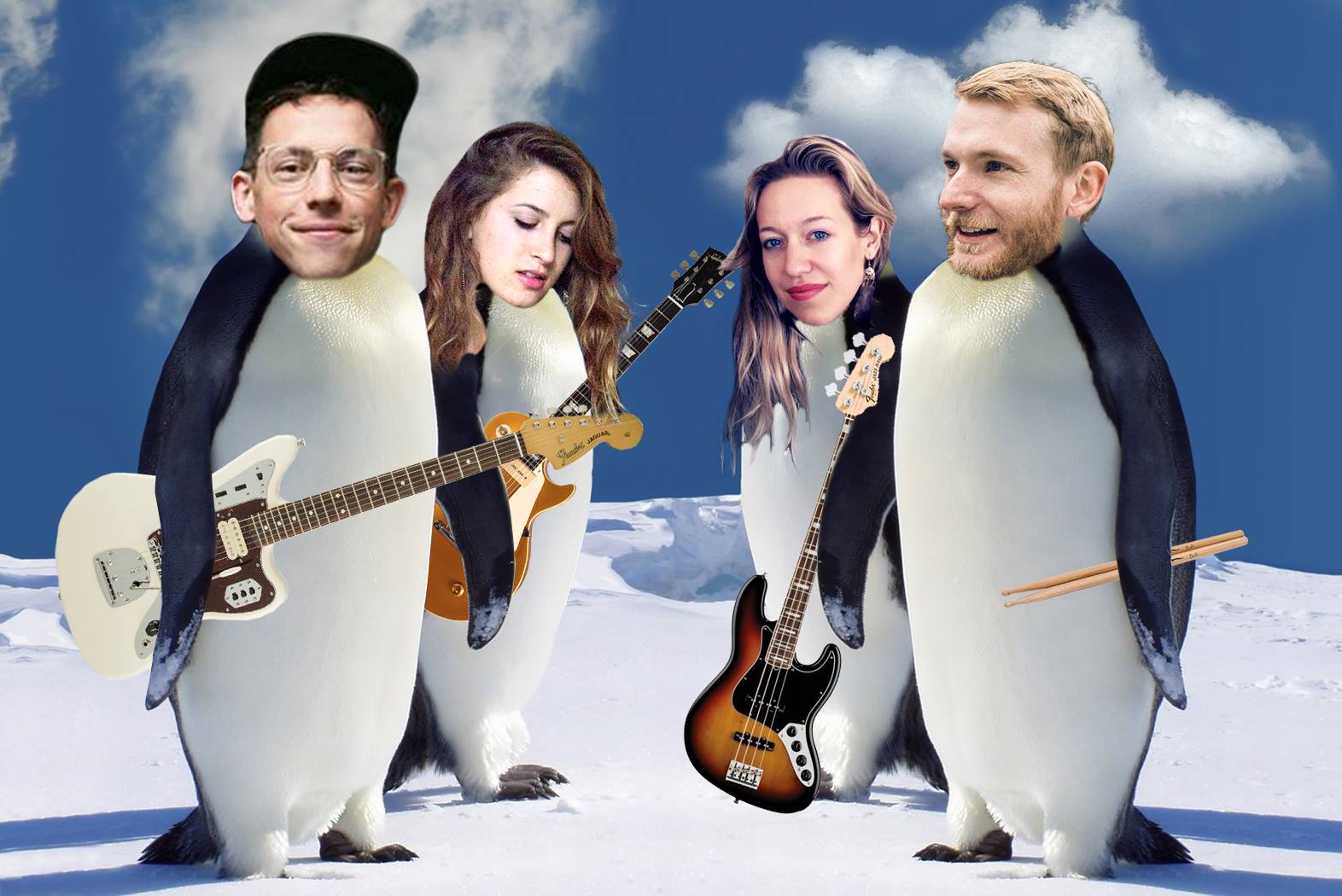 From overgrown houses in north Oakland, Trails and Ways make guitar pop, thick with warm noise, driving beats, four voices, and the open chords of bossanova. Take college commune roommates, have them live for stints in Brazil and Spain, bring them home together with the sparks of songs, see what catches flame. Early singles “Nunca” and “Mtn Tune” rocketed them to the top of the blogosphere charts, followed by national tours and opening spots for Tycho, Stars, and Mac DeMarco. Debut album Pathology landed in 2015, earning the band a spot on Barsuk Records and São Paulo’s Balaclava Records, and launching the band to shows across North America and Brazil.

Right after we toured Brazil last December, two of our founding members decided they wanted out of the crazy touring life and left the band. Ian and I kept on, quit our day jobs, & went all in on making a new album. There was no turning back; these songs felt crucial to me, like my best chance to wrestle with the selfishness and capitalism inside me.

“My Things” was the first song I wrote for the record, and it feels like the bridge to the rock n roll sound & spirit we’re heading towards. We recorded the album on the cheap and fast as we could, and went for a rawer, hotter dreampop sound; with live drums on every song, overdriven guitars, rippin melodic bass, and the open chords of bossanova.