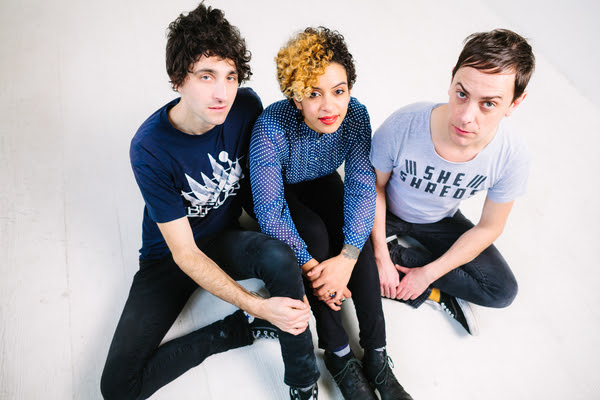 photo by Jason Quigley www.photojq.com
Share on TwitterShare on PinterestShare on PocketShare on RedditShare on FacebookShare on Email

The Thermals will release their new album, We Disappear, March 25th, on Saddle Creek. The trio – Hutch Harris, Kathy Foster, and Westin Glass – debuted new song “Hey You,” the first from the forthcoming LP, earlier today.

Produced by Chris Walla (formerly of Death Cab For Cutie), with whom the band has worked frequently, We Disappear was recorded in Portland at Kung Fu Bakery (The Shins, Tegan and Sara) and in Seattle, WA at The Hall of Justice (Nirvana, Mudhoney). The album – which will arrive ahead of the 10th anniversary of their third LP The Body, The Blood, The Machine. The band examines technology, love, and death throughout: how separation in humanity can come through any of these avenues; how people try to outrun the demise of lives and relationships; how technology can isolate us and impact our relationships even as we completely – and willingly – assimilate ourselves into it (or go “Into The Code,” as the opening track suggests); and how we’ve begun to forego privacy for a feeling of immortality in order to not be ignored or forgotten.

Harris explains, “Technology, love and death are the three obsessions of the record. Our privacy used to be so important to us and now everything has changed – we freely offer once private information about relationships and reveal everything about our day-to-day lives. We’re trying to preserve our life digitally so when we’re gone people won’t forget us. We’re using technology to become immortal. You can even set up Facebook and Twitter accounts to continue updating after you die! We Disappear is about how humans fight the inevitable.”

The Thermals will head out on tour later this winter and into spring, with three shows already announced for next month: February 6th in Boise, ID, the 19th in Bend, OR, and the 25th in San Francisco, CA as part of this year’s Noise Pop Festival. More dates will be released soon.