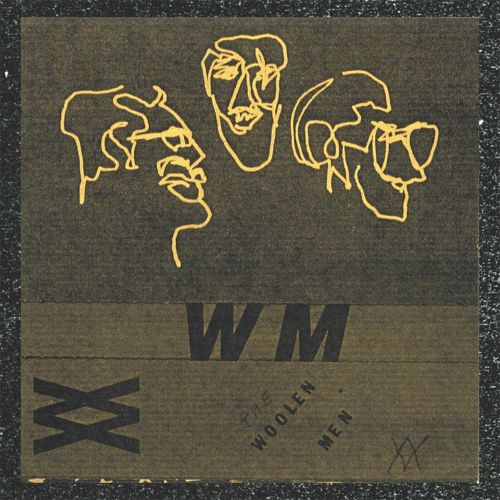 The Woolen Men are three — two Oregon natives and a Washingtonian. They play punk influenced DIY music in the Pac-NW tradition of Dead Moon and the Wipers. More than a sound or style, that means a kind of work ethic — do-it-yourself and do it a lot. The band is happiest touring up and down the I-5 or bunkered in their practice space with the cassette 4-track rolling.

This self-titled album released by Woodsist Records is their debut LP, following a handful of largely self-released EPs. Instead of changing their technique of recording fast and loose to capture the live energy of their sound, they recorded and recorded and only of material with that elusive spark of a great recording. The ten tracks here represent five different sessions, and as many songs made the cut as were left behind. The whole thing was recorded to analog tape.

The Woolen Men are Alex Geddes, Lawton Browning and Raf Spielman. They live and work in Portland, OR. Raf previously released an album of solo material under his Polyps moniker for the Woodists sister label Hello Sunshine.