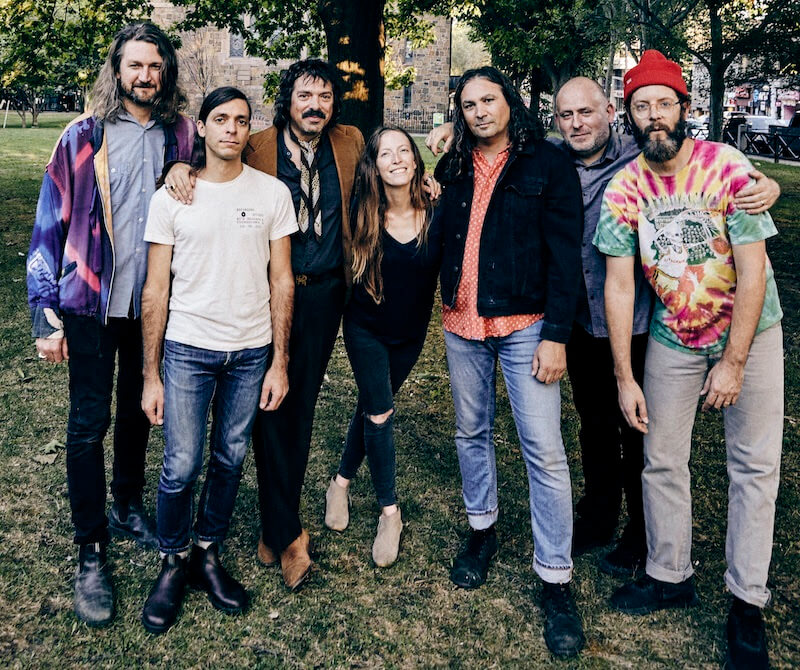 The War On Drugs Release I Don’t Live Here Anymore (Deluxe Edition) Feat. Unreleased Songs, “Oceans of Darkness” and “Slow Ghost”
Share on TwitterShare on PinterestShare on PocketShare on RedditShare on FacebookShare on Email

The War On Drugs have announced the I Don’t Live Here Anymore (Deluxe Edition). The album features two unreleased songs, “Oceans of Darkness” and “Slow Ghost.” After debuting an early version of “Oceans of Darkness.” The official studio version is now available for the first time.

Bandleader Adam Granduciel comments, “One night in LA, while we were many months into working on what would be I Don’t Live Here Anymore, Dave [Hartley] uncovered a stripped down demo in my dropbox called ‘Oceans of Darkness,’ and insisted we try recording it. We were frustrated and exhausted at the time, but we set up in a circle after dinner and worked it out as the tape was rolling. It’s rare that a song of ours could feel this complete after only a few takes, but it had all the desperation and urgency that we had been looking for. Ultimately I didn’t include it on the record because I couldn’t find a home for it among the other songs. We’re happy we can share it with you now.”