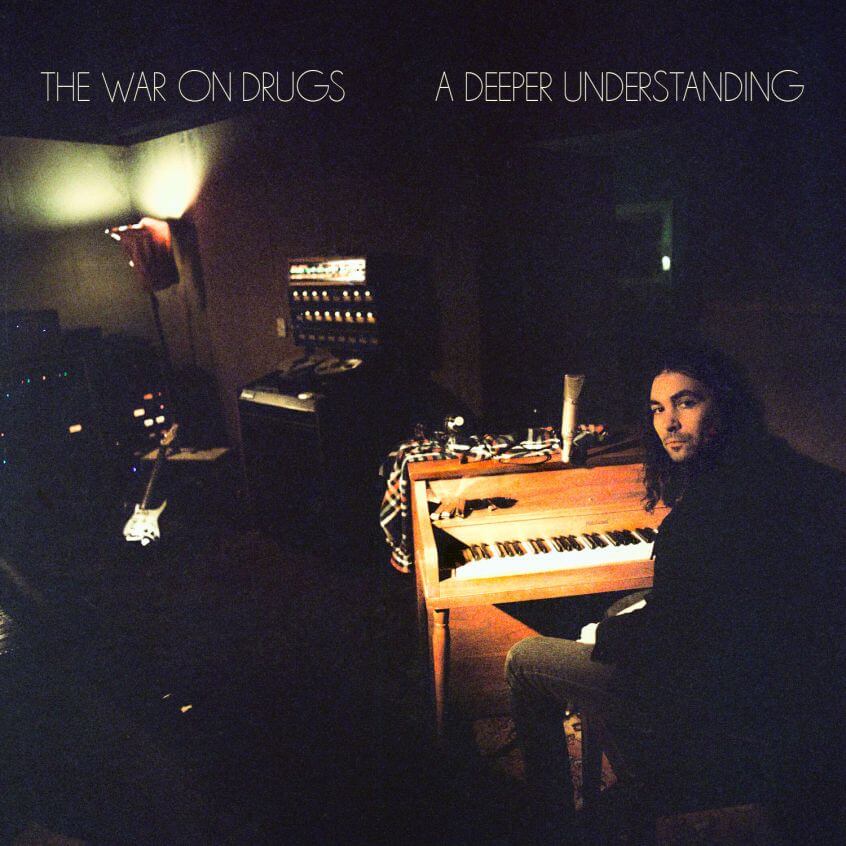 Over 10 years later as a band, the War On Drugs have a masterful ability to craft melodies that will melt break your heart. This far along, the guitars pull out some moments that will blow you away, coming off as brutally shocking in a way that’s become hard to capture as of late. While the songs are long, they offer a lot of rich sonic art that will be hard to find in such a beautiful combination outside of the record. This all said, the length works against the tracks more often than it helps them making for a record that is tiring to focus on.

With a glorious sense of tone in its piano, “Up All Night” rings out with a truly majestic sense of echo. As the wave of sounds start to soar in, the track recalls Bowie’s “Heroes” in parts, although it tends to be more swell and tears out than a pop song. Driving the melody with more direction “Pain” feels like it’s really going somewhere, making its moments of exploration more deserved. Going into a soulful solo, the track filters all its affected emotion into one charged cry.

“Holding On” pushes along with its enthralling race and electric sense of life, as the ringing bells take the spirit of the track even higher. Recalling tones of Springsteen, the track is a melodic marvel and its rises are at times overpowering, making up for a slightly edgeless sound. Unfortunately, despite any of its sonic brilliance, “Strangest Thing” does feel awfully drawn out for what it is, offering its true meat almost three minutes in. While its hook moments are almost at goose bump-inducing levels, including the raw energy of the solo, it just doesn’t sustain the pace for its length.

Pulling things in for a more intimate and tighter track, “Knocked Down” has a more powerful impact, in its Florence & The Machine meets Dark Side Of The Moon delivery. While still a little dynamically constant, it offers up the most focused effort of any track on the record. Stretching things back out, “Nothing to Find” goes on a sprawling rush of drums and synths. Through a constant attack on the melody, mixed with a more pop-focused way of pulling out guitar moments throughout they’re able to make the extended attitude of the record work a lot more organically.

“Thinking Of a Place” is by far the worst offender in the album’s case of needlessly long tracks, given the average six minute length of every other track, the 11 minutes is more indulgent than the track deserves. This said, outside of the simplistic verses, the guitars do a lot of show-stopping work here, and the explorative moments in the sound are worth a listen. This deep into the record however, the track is just asking too much for too little. While long, “In Chains” holds the reins a little tighter for an exciting if at times samey track with ethereal keys. The harmonic chorus cries lift the more boring moments of the track and the way the guitars and synth burst out in these euphoric shouts is a penetrating hit of sound.

After a tepid start, “Clean Living” moves into a purposeful stroll, with the chorus-tinged guitars providing a bittersweet feeling to the song’s hazy moods. Undeniably moving, the track earns its listeners the deeper you get into the melodies. Closing on some old school folk-pop, “You Don’t Have To Go” finds the instrumentation really taking a lot of fruitful risks in its loose sustain of the heart of the track. Where so much of the record is dense, this much more dynamic shift in the band has a fresh tone to make the slower drive a lot more exciting.