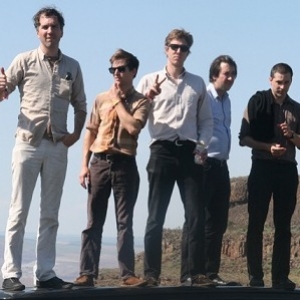 Pete Bauer from The Walkmen recently commented on the current state of the band.

“I don’t think any of us wanted to write another Walkmen record,” Bauer added. “Maybe that will change down the line, maybe it won’t, maybe we’ll play shows. I think it’s weird to make a hubbub about something if there’s nothing to really make a hubbub about. At the same time, I don’t think we’ve been a gang properly for a long time, so there’s not much to break up, I guess.”

Bauer also noted that there are no hard feelings or animosity between any of the members. Although the Walkmen might be no more, the group is looking forward to spending time together away from the band.

“I think it’s cool that we’re all still pals and all,” Bauer says. “It’s nice to be removed from [being a band] and to be friends, or something like that, and to see what happens from there.

The Walkmen’s last show for now is set for Dec. 4, at a benefit for the Rail Park at Union Transfer in Philadelphia.