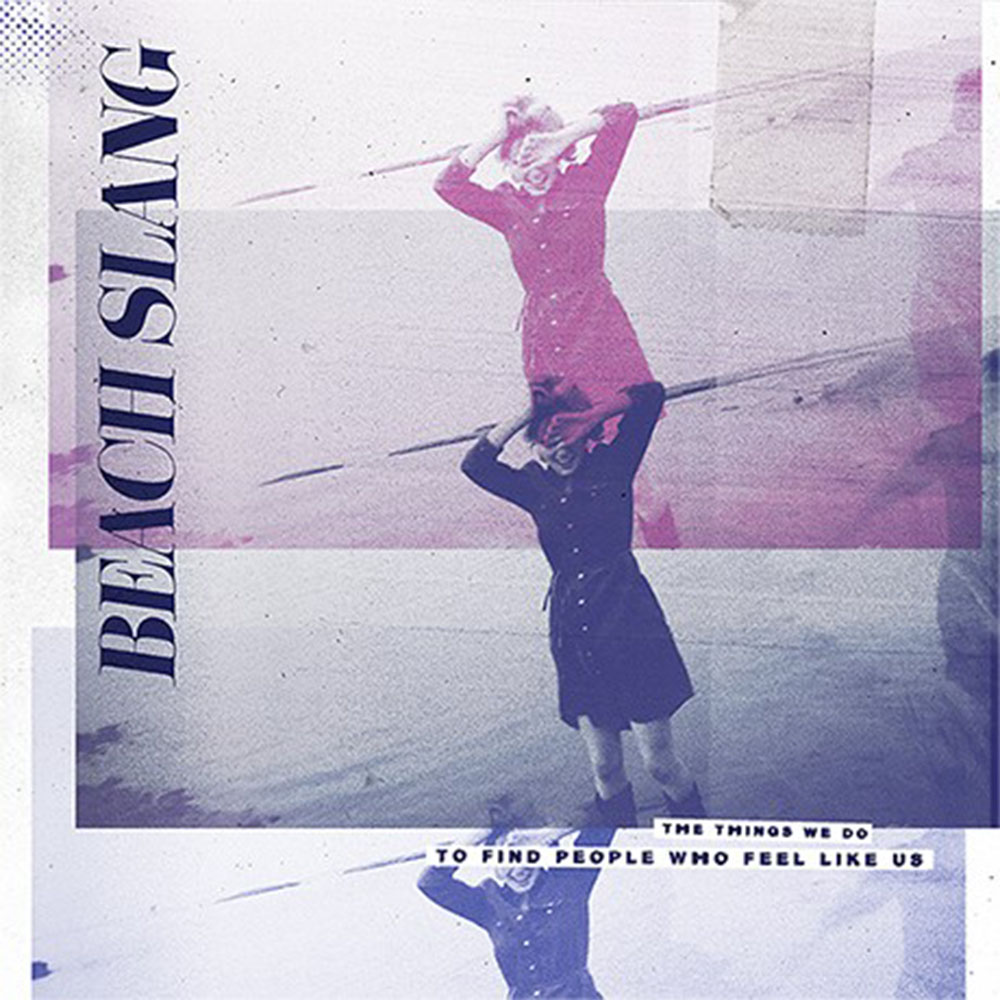 The Things We Do to Find People Who Feel Like Us

“The night is alive, it’s loud and I’m drunk,” Beach Slang frontman James Alex snarls in the opening seconds of “Noisy Heaven.” His introductory cries are quickly followed by explosions of electric guitars and thundering drums, as he howls self-deprecating lines about his sloppy musicianship and makes a This Is Spinal Tap-referencing crack about being “turned up to 11.”

This tune serves as something of a mission statement for Philadelphia’s Beach Slang. The 10 songs that makes up the debut album The Things We Do to Find People Who Feel Like Us are anthems for being fucked up and proud, getting drunk, taking drugs and playing music loudly. Alex’s lyrics act as a celebration of self-loathing, as he chronicles the transitional stage of early adulthood when he’s confused and irresponsible, but old enough to know better. (He started playing guitar for the pop-punk Weston way back in the early ‘90s, so by this point he’s most certainly old enough to know better.)

The surging “Ride the Wild Haze” romanticizes being a social misfit and culminates in a refrain of “Get high enough to feel alive,” while the ominously stormy “Young & Alive” is filled with urgent repetitions of the title phrase, and closer “Dirty Lights” finishes the album with a feedback-soaked climax and the line “I blur all this hurt into sound.” The album’s only real curveball is “Too Late to Die Young,” an acoustic ballad filled with tinkling piano and mournful strings, but even here, Alex is preoccupied with feeling “drunk and alive.”

It’s a compelling perspective, but it’s one that quickly gets tedious when nearly every song conveys the same cloying, heart-on-sleeve emotion. All the distortion and DIY production values in the world can’t stop these songs from being schmaltzy, and it’s hard not to shake your head at James’ relentless conviction that life’s answers can be found in the bottom of a bottle. There are already plenty of fiery indie rock anthems that explore similar moods — “Bastards of Young” by the Replacements, “Dimed Out” by Titus Andronicus and “Younger Us” by Japandroids, to name but a few — and Beach Slang don’t bring anything new to the table other than a complete lack of subtly.

The LP is by no means a disaster. In particular, “Bad Art & Weirdo Ideas” adds chiming, jangling riffs to the usual palette of riffs, and a touching, wordless hook lifts the arrangement skyward during the breaks. With catchy, shout-along choruses and earnest emotions, The Things We Do to Find People Who Feel Like Us is bound to live up to its title by helping Beach Slang find other like-minded souls. Still, for audiences looking for music to help them feel drunk and alive, there are better options this.