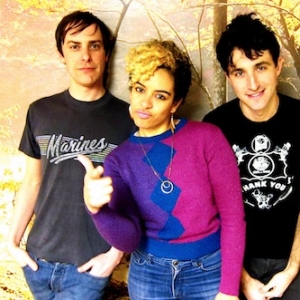 You thought The Thermals were just three lovable underdogs from Portland who bonded over a shared fondness for weed and Spiderman movies? Wrong. They actually decided to write their first song shortly after bassist Kathy Foster navigated a vile hellscape, battling an army of villainous ghouls and ultimately liberating her nude and shivering future bandmates from the grasp of a hideous demon creature. Kinda crazy, huh?

Strangely enough, the band didn’t get around to writing a song about it for the first ten years of their existence. Then came 2013’s Desperate Ground and the track “The Sword By My Side.” When The Thermals told Saddle Creek their true origin story, we just couldn’t help but think it would make for a pretty badass video game. Thus, the Sword By My Side video game, designed by Slouch Couch Game Studio was born.

So, have at it! It’s cold out, you’re probably stuck at work acting busy for the next week or two, just finishing up finals, or about to need an escape from your family. Load up on Mountain Dew Game Fuel™ and guide Kathy’s blade through the dark netherworlds to free Hutch and Westin so the destiny of The Thermals can be fulfilled!

Play: The Thermals Sword By My Side Video Game
http://www.thethermals.com/