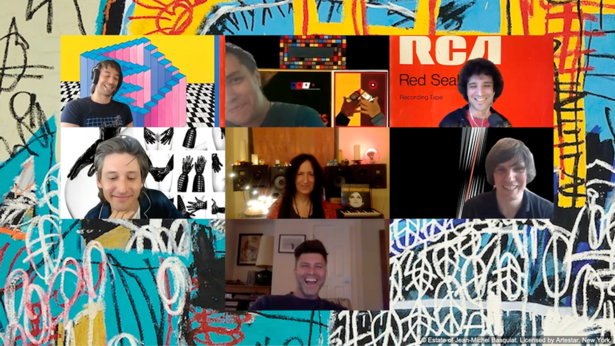 The Strokes 'Five Guys Talking About Things They Know Nothing About,
Share on TwitterShare on PinterestShare on PocketShare on RedditShare on FacebookShare on Email

The Strokes, have released a new episode of their pirate radio series, Five Guys Talking About Things They Know Nothing About. This episode features Colin Jost from Saturday Night Live and producer Gordon Raphael (The Strokes, Regina Spektor).

The band’s current release The New Abnormal was recorded at Shangri-La Studios in Malibu and produced by Rick Rubin. The album’s cover artwork is a painting by Jean-Michel Basquiat, Bird on Money.

1. The Adults Are Talking
2. Selfless
3. Brooklyn Bridge To Chorus
4. Bad Decisions
5. Eternal Summer
6. At The Door
7. Why Are Sundays So Depressing
8. Not The Same Anymore
9. Ode To The Met