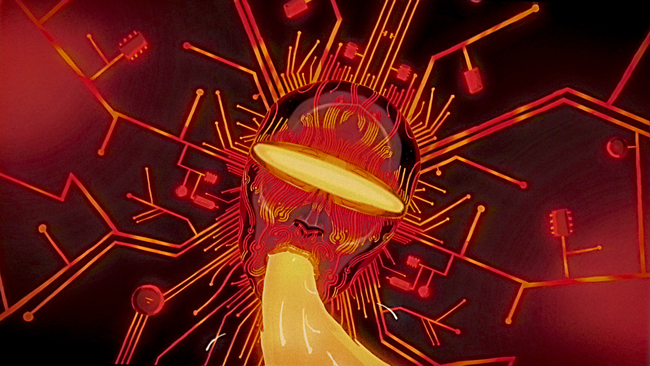 The Strokes, have dropped a new video for “Ode To The Mets” directed by Warren Fu, a close friend and longtime collaborator who first worked with the band in 2006 The track is from the band’s latest LP, The New Abnormal, out now via Cult/RCA Records.

Loosely inspired by a conversation Fu had with vocalist Julian Casablancas about the intro to the television show “Cheers,” the new video is an animated journey through eight distinct chapters—from the prehistoric era, to an abandoned gym, to an underwater New York City—with each chapter executed by different animators curated by Fu. Fu added subtle hints of The Mets’ colors throughout the video and a few Easter eggs as a nod to the song’s overarching themes of hope and promise, such as a banner that reads “Class of ‘69” (the year The Mets won the World Series over the Baltimore Orioles) and an early photo of the band from guitarist Nick Valensi’s private collection that can be seen in the background. “Yet when you see them in the context of the past without people there, it takes on a more nostalgic, bittersweet feeling,” Fu says.