THE SINGLES are Vince Frederick (guitar/lead vocals) and Nicky Veltman (drums/back-up vocals). Garage rock, power pop, glam, blues, and punk all find their way into the band’s sound. Both originally from Detroit, the two joined forces in LA in 2012 to restart The Singles — a moniker Vince had used in the past to release his songs.

With friend’s stepping in on bass, the band began playing locally as a 3-piece, bringing their raw, frenetic live show to the LA music scene. Things got serious once they met producer Rick Parker. Having worked with countless rock n’ roll bands (including Black Rebel Motorcycle Club, The Von Bondies, and Lord Huron), he had the right energy and ideas to work with the duo. Together they went into the studio to record a full-length album.

The Singles released “Look How Fast A Heart Can Break” on April 1st, 2014. The album, and songs from it, have broken into the top 20 on national indie radio charts. Since the release, the band has toured the US extensively. Gigs have included Southern California festivals, and support for national touring acts Brody Dalle, Holly Golightly, and The Weeks. The Singles will play over 100 shows this year with plans to tour internationally in 2015. 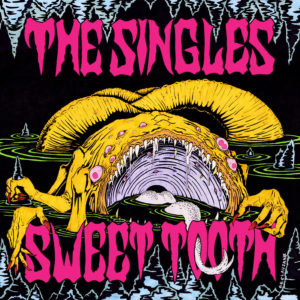 “If You Want Me, You Can Have Me” by The Singles