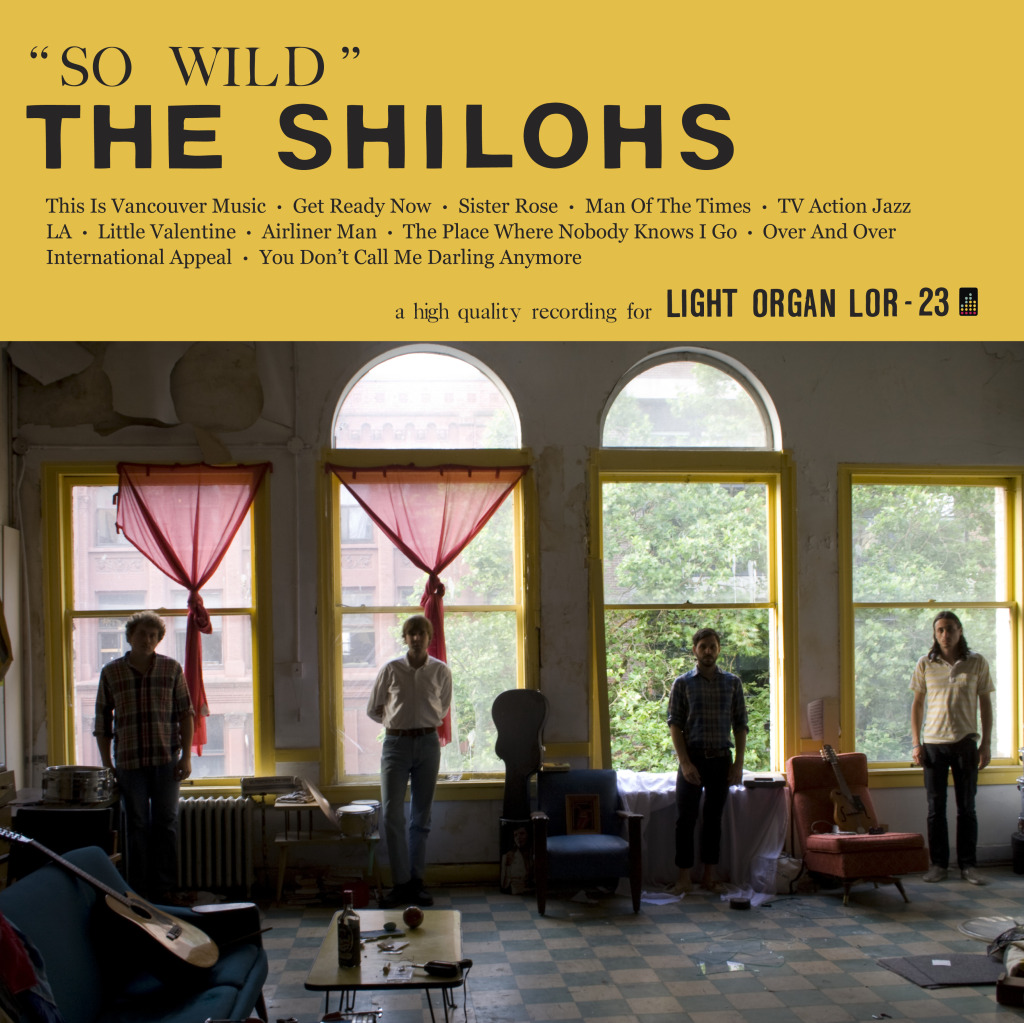 Today marks the release of the highly anticipated debut LP ‘So Wild’ from Vancouver’s The Shilohs on Light Organ Records.

“Armed with dual singer-songwriters, So Wild charts the strange byways of heart and head, from Johnny Payne’s cerebral bildungsroman (see the post-midnight existentialism of “TV Action Jazz”), to Mike Komaszczuk’s more visceral mess of love (a little over his head in “Man of the Times”).”

So Wild was recorded in the summer of 2010 at the legendary JC/DC by Dave Carswell the producer of the New Pornographers, Destroyer, and Apollo Ghosts.

Watch video for track ‘The Place Where Nobody Knows I Go’:

And look back at Northern Transmissions’ interview with The Shilohs by Nic Bragg.