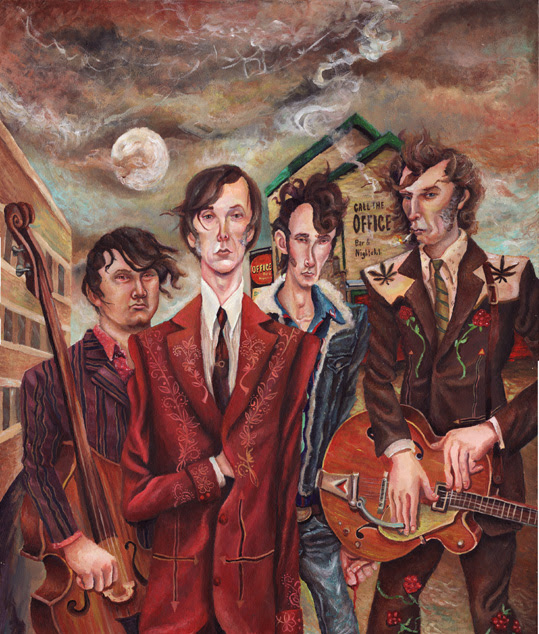 Yesterday, The Sadies premiered “It’s Easy (Like Walking)” featuring Kurt Vile from their forthcoming new album. The track is the second single to be released from Northern Passages, their 10th studio album, out February 10, 2017, on Yep Roc Records.

Of the track The Sadies’ Dallas Good says, “Kurt did a tour supporting The Sadies about a thousand years ago. We didn’t really know each other before that but we’ve been friends ever since. We always talked about collaborating one day so I forced his hand by sending him this finished song with a very short deadline attached. He delivered, as he always seems to do.”

Northern Passages was recorded in the basement of Dallas and Travis’ parents’ home north of Toronto over the winter of 2015. The quartet, comprised of singer/guitarists Dallas and Travis Good, bassist Sean Dean and drummer Mike Belitsky, first arrived on the North American scene 20 years ago.