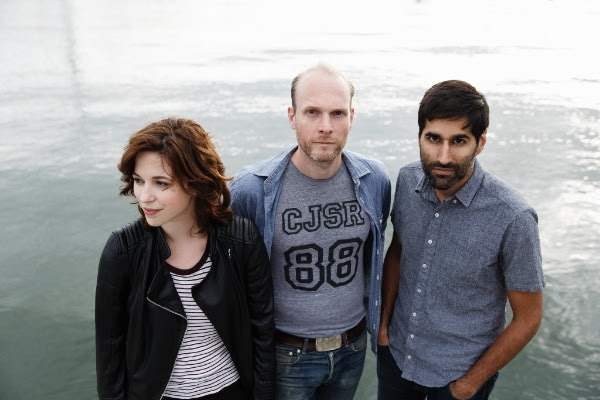 The Rural Alberta Advantage have released a new song entitled “Beacon Hill,” which is about the wildfires that led to a total evacuation of RAA singer/guitarist Nils Edenloff’s onetime home of Fort McMurray, AB earlier this year. The song is available to stream via Soundcloud.

The Rural Alberta Advantage been touring recently, previewing new material from their new full-length coming later this year via Paper Bag Records (Canada/UK/Europe) / Saddle Creek (U.S.) in the way they love best. The next shows will take the group throughout Germany and the U.K. this month. In February they’ll return to North America.

The band’s percussive folk songs about hometowns and heartbreak, and relentless tradition of touring have taken the trio from humble recognition amongst indie rock fans. The RAA has released three albums on Paper Bag Records/Saddle Creek: Hometowns (2009), Departing (2011) and Mended With Gold (2014). The trio of Nils Edenloff, Paul Banwatt and Robin Hatch are currently hard at work on the band’s next album.

“I’ve never been good about focusing on a theme or having a specific plan at the outset of a new record,” says Nils. “For me, writing music tends to be more of a constantly evolving process, like following one strange trail after another until a song has come to its general conclusion. This time around, we’re following that natural writing process more and inviting fans to come along those trails with us.”