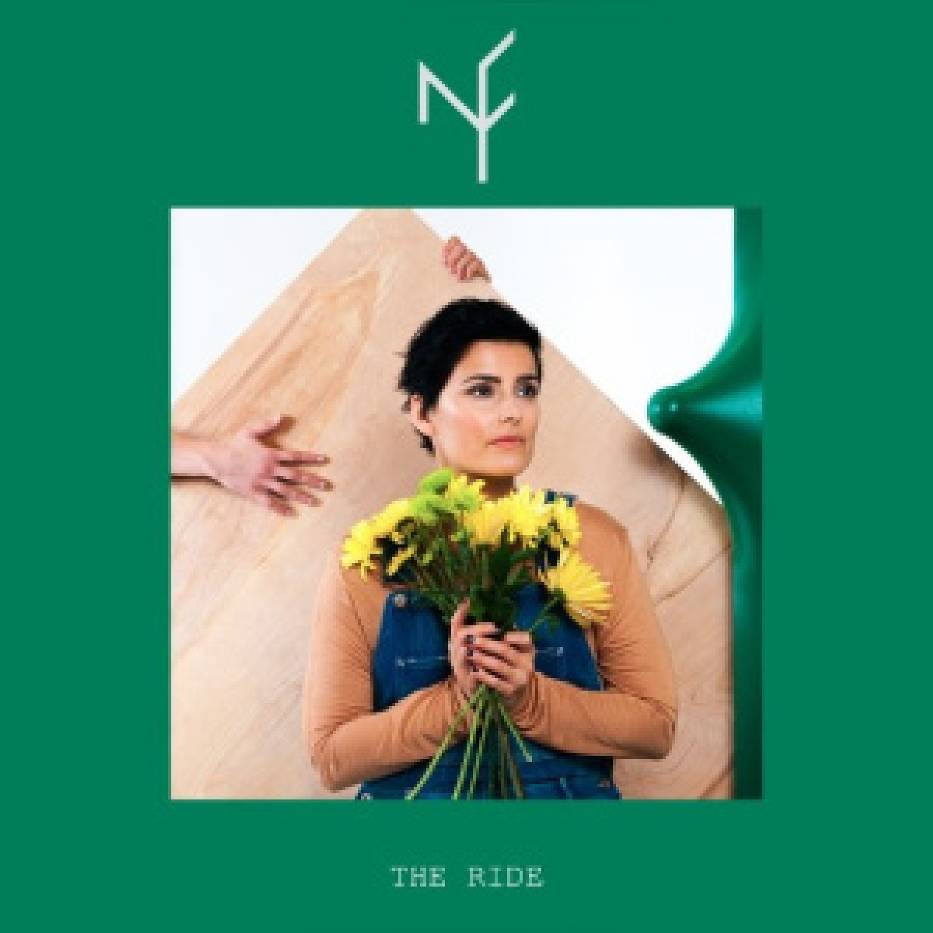 Canadian pop-stars tend to be a lot more calculated and strategic than many of their American counterparts. This may be part of the reason it’s been five years since we’ve heard from Nelly Furtado, the singer who paved her way with her own music and a string of hit singles with Timbaland and N.E.R.D., needless to say there’s been a deficit of Furtado’s music. On an album that works a lot more often than it doesn’t, Furtado is making her claim back on the Canadian pop scene.

“Cold Hard Truth” opens the album with the strong single-power expected from Furtado, mixed in with some fun syncopated rhythms, that really mix up the whole feeling of the track. The synth work on the track is refreshingly retro and fun, just like popping percussion, while the overall sound is a little more candy than the racier work Furtado got attention for years ago. Alternatively, there’s a much darker feeling to “Flatline” with its running pulse effect, and the overall damaging love story that it tells. Bursting into passionate choruses however, Furtado still brings every bit of energy.

Despite its darker lyricism “Live” is an undeniably catchy track on the record, bringing both sides of coin to light. While almost too light sonically at first, the breakthrough of bass in the final half of the track is a breath of fresh air that opens the track to feeling exactly as it should, making its twisted harmonies feel all the more natural. “Paris Sun” finds Furtado leaning to her sultry pop sounds again in delightful fashion, with a startlingly powerful use of piano rather than keys. Overall one of the strongest tracks here, the growling to ripping bass lines mixed with an all to catchy vocal and synth melody mixture makes this a standout return track for Furtado, showing she’s got everything she’s ever had.

Moving to more dance-focused pop, “Sticks and Stones” finds her taking a more trippy mix of rhythms, along some absolutely classic sounding vocal hooks. While certain parts of the track feel almost too familiar at times, live this track will soar thanks to its fun backing and all the great melodic moments it hits. Diving into a more modern candy pop sound, “Magic” mixes in a very La Roux sounding bass-line, over a very bright tragic full of soaring harmonies and even brighter touches. Thanks to a very explosive finale that goes to 11 after a moment of calm, it saves itself from being too light and slightly forgettable.

While it’s hard not to smile as Furtado sings “Pipe Dreams” over the very pipe-fueled organ lines of the track and there’s a painfully tender pain to “Carnival Games,” both songs just don’t recover enough from their blander sides to earn repeat listens.

“Palaces” throttles listeners from the start, instantly gripping in its stop-and-go dynamics and hefty synths, it’s got the single power to bring her back to the mainstream. If anything, given the track’s grand finale, it might actually hold back too much on its initial choruses and could stand to push it even more. Going light again, “Tap Dancing” feels more like a new Tegan and Sara track done with the right sense of pop but still feels too ingrained in a light sound to stay intriguing throughout.

Switching it up though “Right Road” actually feels like it pulls from St. Vincent of all artists for its demented pop. With this in mind the crooked feeling the song exudes is all the more addictive thanks to the abrasive nature of its melodic hooks especially in the very St. Vincent sound that its major melodic hook provides midway into the song. So much of the deeper emotions on this record seem to have been saved for “Phoenix” leaving it almost an out-of-left-field closer to the record, but it works all the same. Given its piano and voice drive on a record with no shortage of synth, its different sound ends up giving it stronger footing where it would seem too samey on some of her previous releases.

Overall with more strengths than weaknesses, Furtado has crafted a great return album that has enough really unique singles and clever moments to earn its way into your ears. While almost too bright at times, the consistent feeling of synth-driven power pop throughout the majority of the record keep it going strong. While it could almost use even more darkness and touches of her mid-2000s single’s magic, hopefully this sounds her return as a whole to music that will more than satisfy those needs from her music.