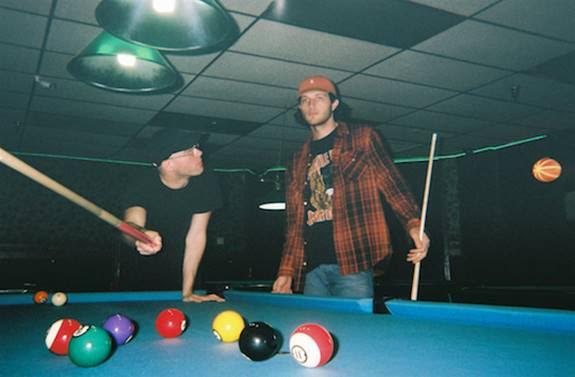 A year after James Hinton aka The Range released Potential, full-length album and Domino debut, he has returned with new music. Coming in the form of a 12” double A-side, The Range today releases two tracks – “New Lots;” and “With You,” a collaboration with producer Jim-E Stack.

“After meeting in early 2016 at a show in Brooklyn, we later planned to work together when we would both be in Los Angeles. We made “With You” in a day or two late last year, though it took until pretty recently to get the last touches just right. “With You” came out of a few days in the studio together, drawing as much feeling from each other’s music as it does energy from early rave music we both love, but didn’t get the chance to experience first-hand.”

The 12” will be limited to 300 copies worldwide and released August 11th. Pre-order now from the Domino Mart and receive an instant download of both tracks.

The Range has toured extensively this year, including a North American tour with Austra, a direct-support slot opening for The Avalanches, multiple dates with Bonobo, as well as appearances at Governors Ball in NYC and Lightning In A Bottle Festival in California. Next month, The Range will be performing at Northern Nights Festival in California and in August, to coincide with the 12” physical release date, he will be playing release shows in Los Angeles and New York.

The Range
New Lots / With You” 12”
tracklisting: