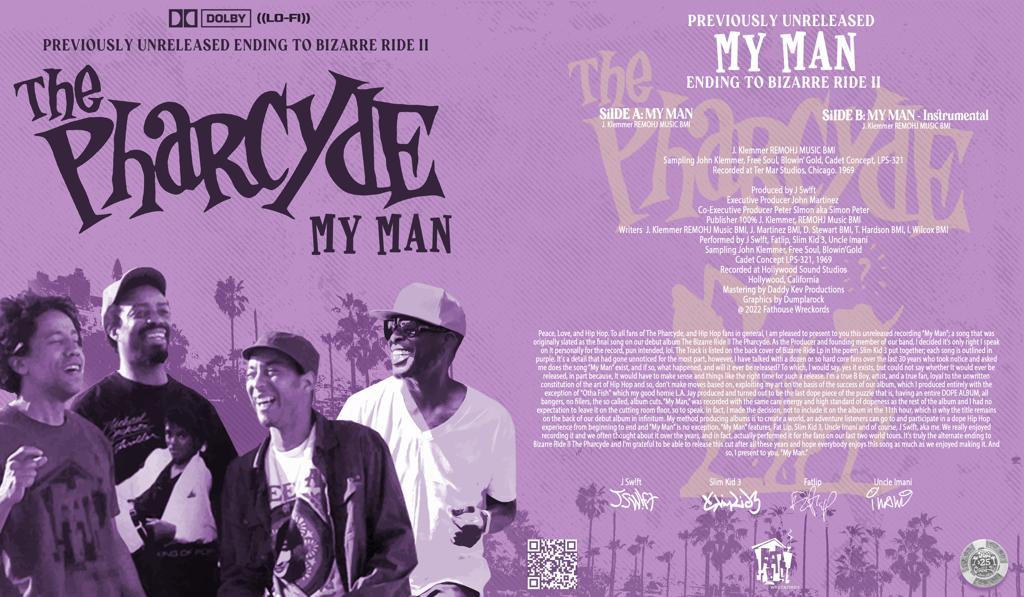 The Pharcyde Return With "My Man."
Share on TwitterShare on PinterestShare on PocketShare on RedditShare on FacebookShare on Email

A brand new track from The Pharcyde,has landed. The 90’s hip hop legends whose psychedelic unbridled creativity resulted in some of the coolest and most hilarious songs the genre has ever produced, are back with the single “My Man”.

The track arrives on time for the 30th anniversary of their debut classic, Bizarre Ride II The Pharcyde, which was released Nov. 24th, 1992. AND this instrumental was from those original studio sessions, intended to be the final song and is included on the original album’s track listing (causing fans to puzzle over this idiosyncrasy for decades)! Featuring verses from J Swift, SlimKid3 and Fatlip.

Purchase “My Man” by The Pharcyde HERE