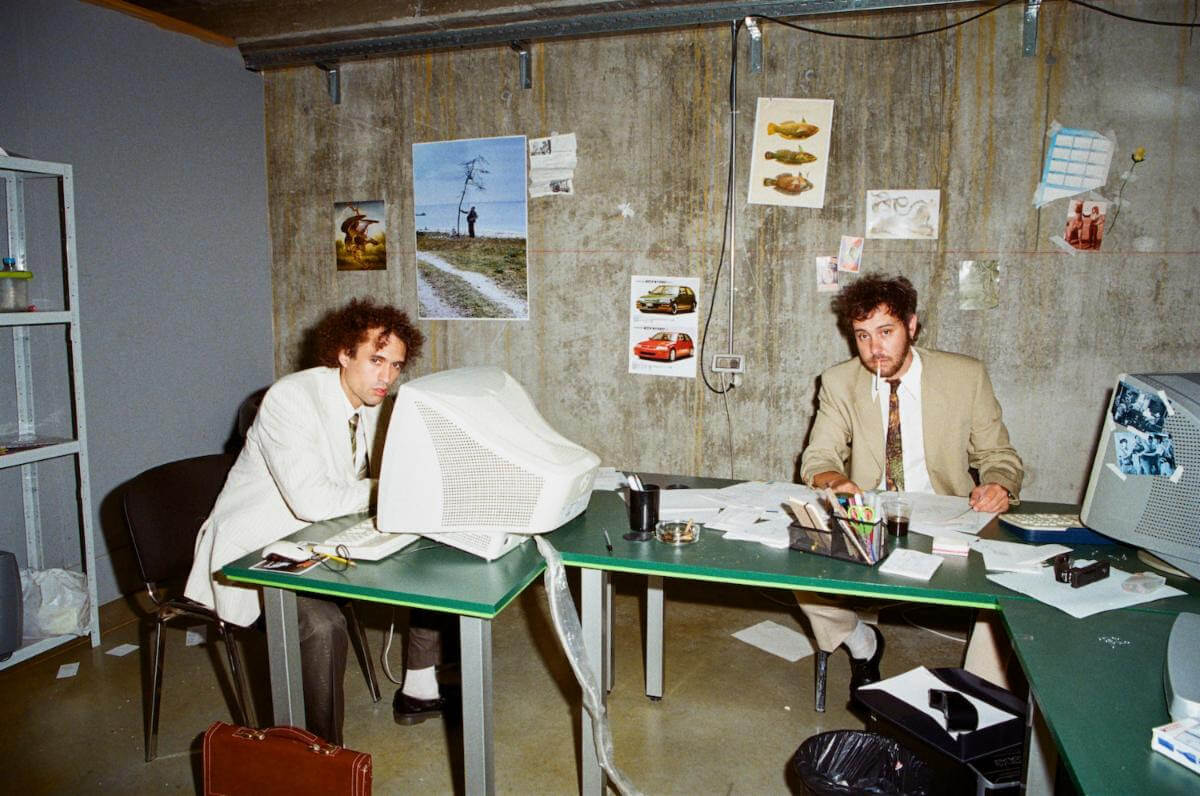 The Parrots, will release their new album Dos via Heavenly Recordings on October 22nd, 2021. Along with the news, the duo, have share the video for the latest single “You Work All Day And Then You Die.” The video for the new single and album opener, was directed by Joaquin Luna and was filmed on location in Madrid.

Joaquin Luna on the video for “You Work All Day And Then You Die:”

“This video shows 4 parallel stories where the characters struggle with abusive work conditions. They break their anxiety and anguish when they let go of their compliant attitude. In a growing catharsis they show their vulnerability and chase an easy, absurd liberation from a hostile environment.”

The band also talk about the new track by saying: “We wanted to write this song for a long time. The sounds, the epic in it were something that we had wanted to express for a long time and couldn’t have done it without the help of our amazing producer, Tom Furse. On the lyrical side, we’ve been feeling that people are settling and giving up their dreams for the ones people post on social media, we wanted to express that lack of individuality, how it’s easier to copy other models of success rather than follow your own. With this song we wanted to punch that trend (or feeling) in the face and remind people and ourselves that success has more to do with personal feelings and self-care than social acceptance. We’ve always felt very comfortable being treated as outsiders in most circles and we are proud of that, fight back, don’t kneel and don’t try to be liked by everyone. Some things work for you but others may not. Why are people so worried about communism and stuff when it’s capitalism itself which tries to make us all exactly the same, boring with the same dreams and motivations?”

Pre-order Dos by The Parrots HERE