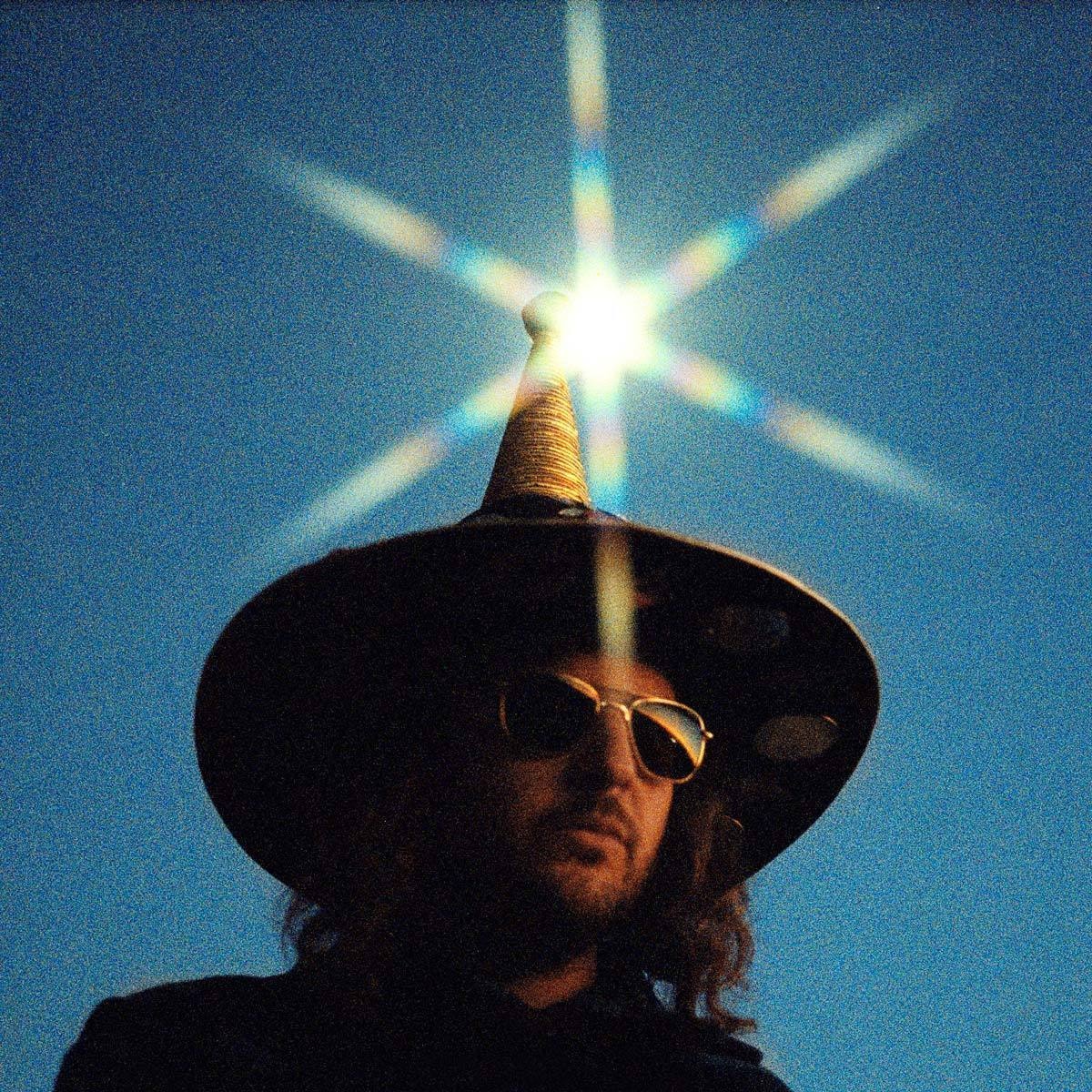 King Tuff has made his name on power pop rock ‘n’ roll. On his 2012 self-titled album, he also took a few detours into psych pop and piano balladry. On his wayfaring new album The Other, out April 13 on Sub Pop, he turns down the guitars and cranks the synthesizers and keyboards. He’s also caught up in cosmic nostalgia, to the point that he seems apprehensive about – skeptical of, even – the present and the future.

An air of longing surrounds “Thru the Crowds”. “I’m going back to the edge of the earth looking for an old friend. I didn’t know when we said goodbye that I wouldn’t see you again,” King Tuff sings, lamenting. He still sees her smiling face in the stars which brings back memories of “a perfect paradise, another kind of life,” memories that are “here one moment, gone in a flash.” But he doesn’t let his cynicism about the present prevail. The Other contains moments of wonder and amazement too. “The universe is probably an illusion, but isn’t it so beautifully
bizarre?” he asks on “Psycho Star”.

On “No Man’s Land”, King Tuff reflects on his younger wayward self who left home in search of anonymity, when he was directionless with “no north, no south.” Here, synths wander by his side. “No Man’s Land” is not the most nostalgic song on The Other, but it best reflects his desire to get back to a time when not only was his life simpler and the wider world was purer and more mysterious but maybe when, having had fewer responsibilities, anything seemed possible to him. And he wants to do it all. “King Tuff was never supposed to be just one thing. It was supposed to be everything,” he said in a statement on Sub Pop’s website. The Other is one more step towards more than just rock music filled with guitar solos and addictive hooks.

The most nostalgic and perhaps even cautionary song on The Other is “Circuits in the Sand”. It opens with acoustic strums and the lines “Show me the way back to good old days when we were all like butterflies, and all we did was play. Our senses have been numbed. We can’t enjoy the taste ‘cause everyone’s been digitized, but no one will be saved.” He continues his commentary on the chorus: “We all thought we found paradise in the palm of our hand, but all they found in the future was circuits in the sand.”

King Tuff produced The Other himself, but he had help bringing the album to life by Mikal Cronin on saxophone, Jenny Lewis and Greta Morgan on vocals, and Ty Segall on drums. Together, despite the expanded stylistic palette, they still keep things moving in more rock- oriented ways. “Raindrop Blue” is a slimy, jazz-garage boogie. Sax dominates on the slinky “Birds of Paradise”. “Ultraviolet” slithers with a crackling guitar line. No, synths and keyboards don’t take over the entire album. And even though King Tuff is apprehensive about the future, the loads of keyboards and synths on The Other sound futuristic as often as they sound vintage. Kyle Thomas intends for King Tuff to “be everything” when it comes to musical styles, but he is wise to approach the future with caution.