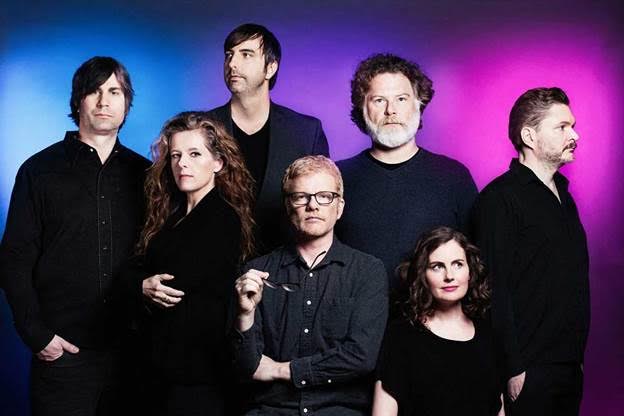 “This Is The World Of The Theater”, the new track from The New Pornographers’ forthcoming record Whiteout Conditions, premieres today. Whiteout Conditions is set for release on April 7 through Dine Alone Records. The group also recently premiered the track “High Ticket Attractions” with an interactive lyric video, directed by Chris Shier.

Whiteout Conditions is available for pre-order with a glow-in-the-dark poster now at the band’s website. The New Pornographers will also tour the U.S. and Europe this spring, starting with a headlining performance at the NPR SXSW opening night showcase at Stubb’s on March 15. Full tour dates can be found below.

Since their debut in 2000, The New Pornographers have released six studio albums including their most recent, Brill Bruisers. The band celebrated the release with a special NPR Music “First Listen Live” concert at the legendary Brill Building, and performed songs from the album on both Conan and the Late Show with David Letterman.