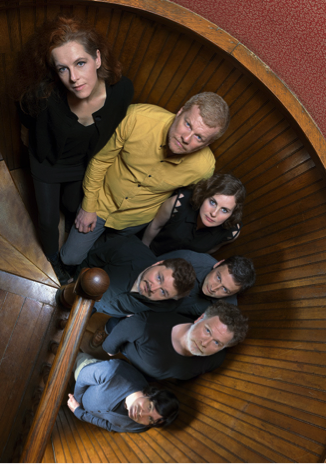 The New Pornographers video for “Champions of Red Wine.” The video was directed by Scott Cudmore, who also worked with the band on the video for “Dancehall Domine.” Of the inspiration for the video Cudmore explains, “There’s a debt to the Paris, Texas locale of peep shows here and that was sort of the jumping off point for the video. I had this idea of a rambling, drunk loner in a foreign environment, somebody who can’t really connect to anything except for on a very superficial level.” “Champion of Wine” is off the band’s newest album Brill Bruisers, which is out now on Matador Records. The band will continue their 2015 tour this summer with a series of festival appearances and international dates, including Celebrate Brooklyn!