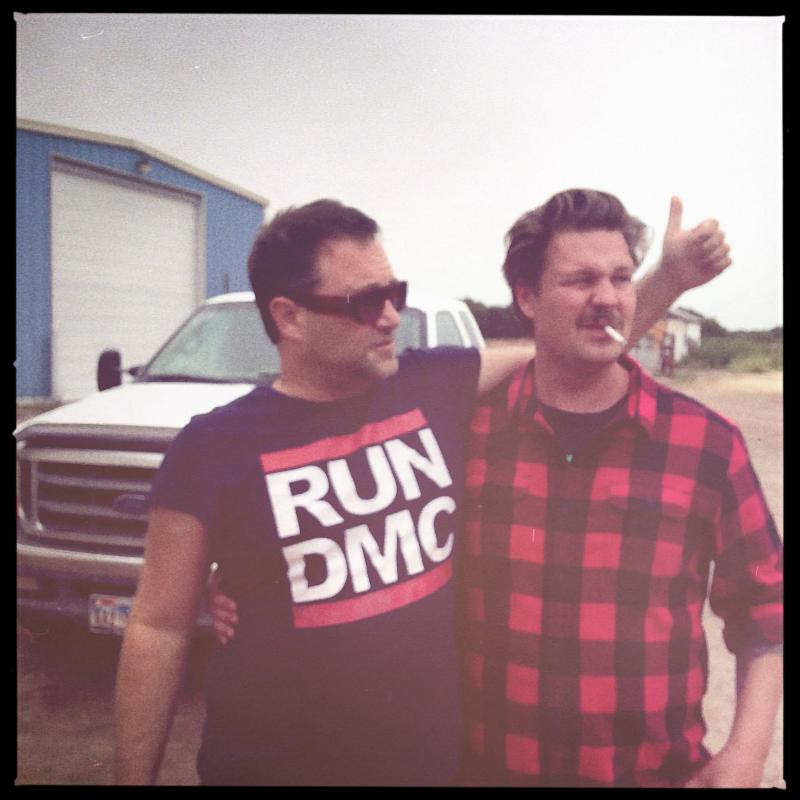 Inspired by their shared home city of Los Angeles, “Burn, Hollywood, Burn” is about the broken dreams on which Hollywood is built. It was written before the recent reports of abuse in Hollywood, though it stems from the same poisoned well. “I’m guessing most people who live here in Los Angeles can relate to that feeling of total hopelessness,” says Ledinsky. “This place sure creates some amazingly beautiful art, but it also has a tendency to use and corrupt you. Hollywood has attracted artists to come here to pursue their dreams since the 20’s, and a lot of people end up in a very dark place chasing that dream. I love this city for all its beauty, but it has always been a very hard and violent place as well.“

Prior to collaborating as The Neverly Boys, Daniel Ledinsky and Dave Sitek wrote songs together for artists such as Blondie, Pussy Riot and Dave’s other band TV On The Radio. In addition to his work with TV On the Radio, Sitek has produced and written music for artists such as Kelis, Santigold and The Yeah Yeah Yeah’s among others. Hailing from Sweden, Ledinsky has a background as a singer, producer and songwriter; in addition to his own hit in “DonaldTrumpMakesMeWannaSmokeCrack,” he’s produced and written songs for artists such as Tove Lo, Kent, CeeLo Green, Shakira and Rihanna. David and Daniel both reside in Los Angeles Hills, CA.