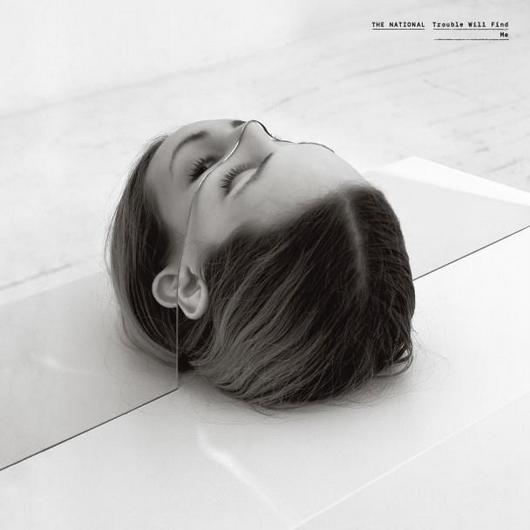 Last January, following a twenty-two month tour to promote the band’s previous record, High Violet, guitarist Aaron Dessner returned home to Brooklyn, where the fitfulness of his newborn daughter threw Aaron into a more or less sustained fugue state—“sleepless and up all the time,” as he puts it. Punch-drunk, he shuffled into the band’s studio (situated in Aaron’s backyard), where he amused himself writing musical fragments that he then sent over to vocalist Matt Berninger. Recalls Matt of Aaron, “He’d be so tired while he was playing his guitar and working on ideas that he wouldn’t intellectualize anything. In the past, he and Aaron’s twin brother, Bryce would be reluctant to send me things that weren’t in their opinion musically interesting—which I respected, but often those would be hard for me to connect to emotionally. This time around, they sent me sketch after sketch that immediately got me on a visceral level.”

In truth, the band, which includes bassist Scott Devendorf and his brother Bryan on drums, hadn’t planned on recording new music for at least another year or two. The High Violet tour represented a quantum leap in The National’s trajectory; the venues got bigger and bigger, and the band felt the pressure to deliver the shows to larger crowds. Matt says, “We enjoyed it, but it was never easy. We always reminded ourselves that all of this is really fragile—that if we don’t deliver in, say, some festival show in Europe somewhere, we could start to slide.” Nor was returning to the studio likely to be cathartic, given the fact that The National’s last two recording sessions have been emotional high-wire acts in which the perfectionism of the five members—particularly Aaron and Matt—sometimes made for a tense time all around.

That didn’t happen this time. The post-High Violet sound Matt was seeking, says Aaron, “was more airy, less uptight and anxious. He sent me a lot of Cat Stevens, Neil Young, Dylan and David Bowie. And Bryce and I wanted a more relaxed and open sound too. We’d been getting deeper into the world of composed music in the last few years and developing more of an interest in classic songwriting.” The Dessner twins’ pursuits dovetailed with that of Matt, who says, “I went through a big Roy Orbison phase. I listened to a lot of him. His song structures are innovative, unconventional, yet somehow still effortless.” The Devendorf brothers then supplied their insistent, intricate backbeats, and what emerged was a series of distinctly timeless musical narratives.

In addition to the self-lacerating impressionistic scattershots that are Matt’s lyrical stock in trade, they feature time signatures, mixed meter and melody frameworks more challenging than anything the band has previously attempted. Still, Trouble Will Find Me possesses a directness, a coherency and—dare it be said about such an unpredictable band—an approachability that suggests The National has at long last located its emotional target.

while the band as a whole devoted work to Tibet House, Red Hot and other charities. During the 2012 campaign cycle, The National performed at several get-out-the-vote concerts in Ohio and warmed up an Iowa rally for President Obama. Adding a new creative wrinkle, Matt’s younger brother Tom Berninger filmed Mistaken for Strangers—a hilarious and affecting documentary of Tom’s less-than-successful stint as the band’s assistant tour manager during the High Violet tour—which opened the Tribeca Film Festival and will also be screened later this month at the Hot Docs Festival in Toronto. But, Matt confesses, “I feel like for the past ten years we’d been chasing something, wanting to prove something. Early on we were labeled as alt-country, sleepy miserablists, and that stung, especially because it was partly true. So for a long time, we were motivated in our songwriting to prove that wrong. We had a lot of chips on our shoulders. And this chase was about trying to disprove our own insecurities. After touring High Violet, I think we felt like we’d finally gotten there. Now we could relax—not in terms of our own expectations, but we didn’t have to prove our identity any longer.”

From beginning to end, Trouble Will Find Me possesses the effortless and unself-conscious groove of a downstream swimmer. It’s at times lush and at others austere, suffused with insomniacal preoccupations that skirt despair without succumbing to it. There are alluring melodies, and the murderously deft undercurrent supplied by the Devendorfs. There are songs that seem (for Matt anyway) overtly sentimental—among them, the Simon & Garfunkel-esque ‘Fireproof’, ‘I Need My Girl’ (with Matt’s unforgettable if throwaway reference to a party “full of punks and cannonballers”) and ‘I Should Live In Salt’ (which Aaron composed as a send-up to the Kinks and which Matt wrote about his brother). While a recognition of mortality looms in these numbers, they’re buoyed by a kind of emotional resoluteness—“We’ll all arrive in heaven alive”—that will surprise devotees of Matt’s customary wry fatalism. Then there are the songs that Aaron describes as “songs you could dance to—more fun, or at least The National’s version of fun.” These include ‘Demons’—a mordant romp in 7/4, proof that bleakness can actually be rousing—and the haunting ‘Humiliation’ in which the insistent locomotion of Bryan’s snarebeat is offset by Matt’s semi-detached gallows rumination: “If I die this instant/taken from a distance/they will probably list it down among other things around town.” Finally there are songs—like ‘Pink Rabbits’ and the lilting ‘Slipped’ (the latter termed by Aaron “the kind of song we’ve always wanted to write”)—that aspire to be classics, with Orbison-like melodic geometry.

when, says Aaron, “our ideas would immediately click with each other. It’s free-wheeling again. The songs on one level are our most complex, and on another they’re our most simple and human. It just feels like we’ve embraced the chemistry we have.”