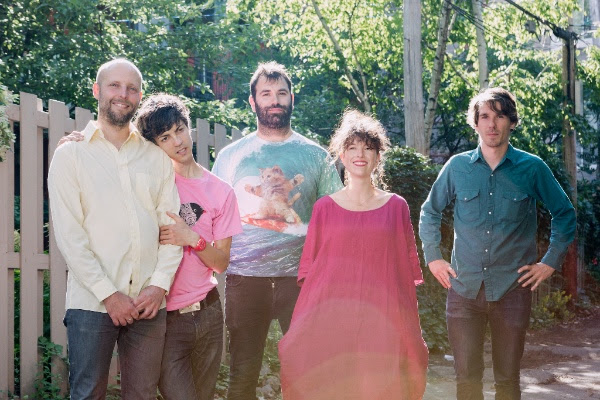 The Luyas are streaming their new EP Says You in full ahead of its release on September 16th. Listen here. Pre-order Says You here from iTunes and here from Paper Bag Records. The Luyas’ North American tour, continues on September 14th in Hamilton, Ontario.

Says You is The Luyas’ first new recording since their 2012 album, Animator. It was produced by Jace Lasek of the Besnard Lakes. “Each of the EP’s five songs is a little world of its own, appearing with its own characters, particular sense of humour, rules of physics, blue skies and acid rain. Like sitting down at a table with a friend, Says You bounces from the banal to the absurd. It cuts a joke, it empties its wallet, it promises to get the tip next time, and when you smile, it smiles back”.