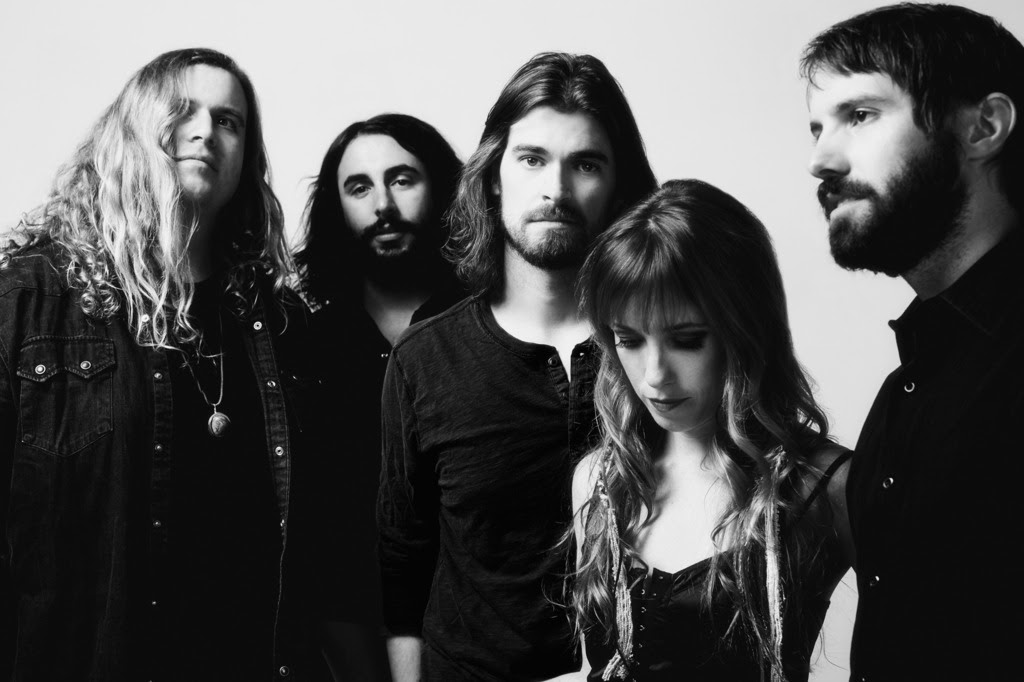 Share on TwitterShare on PinterestShare on PocketShare on RedditShare on FacebookShare on Email
The Lonely Wild have announced the release of their sophomore LP Chasing White Light due October 2 via eOne Music / Fast Plastic. The Los Angeles-based band have also announced a hometown release show which will take place September 25 at The Echoplex.  Chasing White Light’s lead single is “Snow”  The Lonely Wild’s frontman Andrew Carroll says, “‘Snow’ came from a dream.” He adds, “I had one of those dreams where you’re falling from a great height and you startle yourself awake, with your heart in your throat. But I didn’t wake up right away. I kept falling, and I had to calm myself down and talk myself into being at peace with my own death. I don’t believe in heaven or hell, or any sort of afterlife. It’s something we tell ourselves to give life purpose, or to make life bearable. But, even though we are each infinitesimal blips in space and time, we can still lead meaningful lives here and now. This is how I wanted to open this record: You’re gonna die. It’s ok.”
The Lonely Wild recently emerged from John Vanderslice’s Tiny Telephone Studios in San Francisco with a new record and a new lease on life. “We walked into the studio with an album about death,” says Carroll, “and John taught us to let go.” The album, which follows the group’s 2013 effort The Sun As it Comes, was born last year as Carroll was faced with the death of his wife’s grandmother. “When that happens to people you know and love, you often pause and reflect on people you’ve known who passed away,” he notes. “And then the topic started coming out in songs naturally. “Scar,” a folksy indie rock tune, was one of the first songs to emerge during that process. The reflective track recounts the passing of Andrew’s childhood friend who died after they’d grown apart. “That was a moment of pause for me,” he says. “You wonder what could have happened if you were still part of that person’s life.” The rest of the album followed easily. Chasing White Light The Lonely Wild’s self-proclaimed “death album” reflects on death in a way that is both accepting and uplifting.
Vanderslice, known for his signature “sloppy hi-fi” approach to recording, worked with the band to create an album unlike anything they had done before. “In the past, we’ve always labored over every detail of our recordings, picking apart each performance.” Carroll continues, “But with John, you can’t do that. He’s always on the move, whipping up this infectious, magical energy. The first thing we did was throw out all of our demos and approach each song like it was the first time we ever played it.” In the studio, the musicians used antique instruments like harpsichord and cello, as well as analog synthesizers and electric organs, and recorded the entire album to tape. Instead of recreating the band’s demo, Vanderslice forced them out of their comfort zone, encouraging each song to evolve into its best incarnation. It was a deeply liberating experience for the band.
Over the past few years the group, which formed in 2010, has performed with Damien Rice, Apache Relay, The Lone Bellow, Laura Marling, Phosphorescent, Dwight Yoakam and Black Rebel Motorcycle Club.