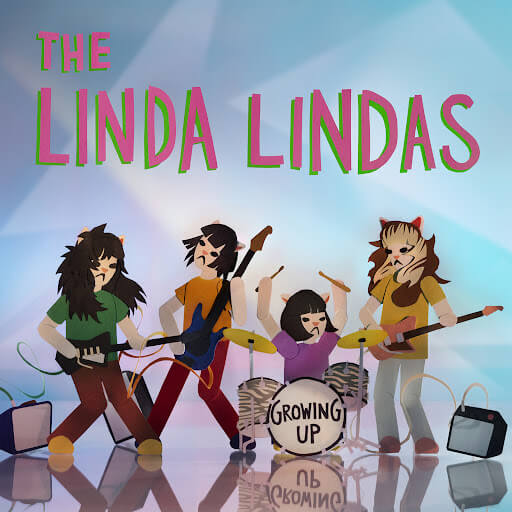 The Linda Lindas have shared a new video for their new single “Talking To Myself,” the track is off their debut forthcoming release Growing Up. The Ryan Baxley-directed video is a playful tribute to the classic Twilight Zone episode “Living Doll.”

Of the song, the band’s Lucia de la Garza says “The song is about the spiral you go into when you’re lonely. You start to question yourself and all the decisions you’ve made. I’m always looking back on conversations and going “Oh, I should have said this, I should have said that”. But it’s also about needing other people, not just for reassurance, but because we’ve all learned from the pandemic that you need other people to talk to in order to stay sane.”

The Linda Lindas will play headline shows in Los Angeles at The Troubadour on April 10th and New York City at the Mercury Lounge on May 1st – both shows sold out immediately. They also have U.S. dates opening for Jawbreaker in the spring, and festivals in Oakland, Las Vegas, and Japan.

The Linda Lindas first played together as members of a pickup new wave cover band of kids assembled by Kristin Kontrol (Dum Dum Girls) for Girlschool LA in 2018 and then formed their own garage punk group soon after. Sisters Mila de la Garza (drummer, now 11) and Lucia de la Garza (guitar, 14), cousin Eloise Wong (bass, 13), and family friend Bela Salazar (guitar, 17) developed their chops as regulars at all-ages matinees in Chinatown, where they played with The Dils, Phranc, and Alley Cats; went on to open for riot grrrl legends Bikini Kill and architect Alice Bag as well as Best Coast and Bleached; and were eventually featured in Amy Poehler’s movie Moxie. 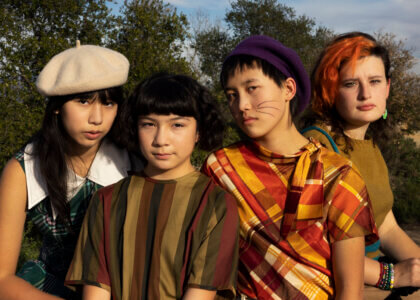