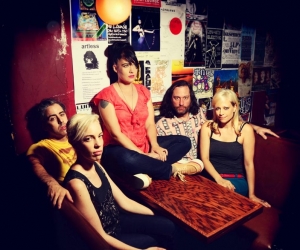 A celebrated, outspoken figure at the forefront of feminist punk, Kathleen Hanna has collaborated on The Riot Grrrl Collection book alongside Fales senior archivist Lisa Darms, Johanna Fateman (Le Tigre), Molly Neuman (Bratmobile) and more. Soon to be released, The Punk Singer is a documentary film made by Sini Anderson and Tamra Davis that follows Kathleen for a year, during which she discovers that she has Lyme Disease, explaining her temporary absence from music.