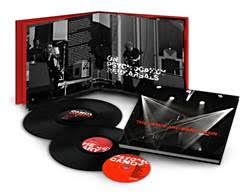 Three decades after The Jesus and Mary Chain first appeared on the scene in an explosion of noise, leather and attitude, it was announced that one of the most turbulent bands in pop history would be performing their classic debut album, Psychocandy, live for the first time in its entirety to celebrate the 30th anniversary of the release. The band has shared “Reverence,” which you can listen to below.

To mark the occasion, on July 31st, Demon/Edsel Records have announced the release of The Jesus and Mary Chain Live at Barrowlands, a 10” + LP + CD deluxe edition which chronicles the band’s homecoming gig at Glasgow’s legendary Barrowlands in November 2014.

The deluxe edition is housed in a 40-page hardback book, and includes the LP of the ‘Pyschocandy’ performance cut to 180-gram heavyweight black vinyl along with the 7-track prequel set containing key singles and fan favourites including ‘April Skies’, ‘Head On’ and ‘Reverence’ cut to 10″ by legendary engineer Noel Summerville (My Bloody Valentine / The White Stripes) exclusive to the package. Also included is a CD of the entire performance, a candid interview with Jim and William Reid and Alan McGee along with unseen photography from behind the scenes. A 1CD version of Psychocandy Live will also be made available separately.

As part of the ATP Season at the Roundhouse, Camden, the band will perform Psychocandy in full on the 5th July for only the second time in the capital since their reformation.

Their first show since 2008, The Mary Chain were as noisy and belligerent as ever as, both deafening and blinding, sound and light used as weapons against the mesmerised crowd, and as the smoke unfurled and great tides of feedback rose and crashed everyone present surrendered to ‘Psychocandy’ all over again.

Forming in East Kilbride in 1983, The Jesus and Mary Chain announced their arrival on the scene with a series of provocatively short gigs (average length: ten minutes). Staged by nascent scene-maker Alan McGee, brothers Jim and William Reid – aided by the brain-dead stomp of a young Bobby Gillespie on drums – set forth their stall of proto-shoegazing.

Released in 1985, ‘Psychocandy’ was a cocktail of speed and hallucinogens mixed with equal parts Beach Boys’ melody and Velvets’ minimalism. A combination of guitar feedback with traditional pop song structure proved influential on the forthcoming shoegaze genre and alternative rock in general influencing the likes of My Bloody Valentine, Spiritualized and more recently The Horrors.

Speaking about the 30th anniversary of ‘Psychocandy’, Jim Reid said, “Psychocandy was meant to be a kick in the teeth to all of those who stood in our way at the time, which was practically the whole music industry. In 1985 there were a great many people who predicted no more than a six-month life span for The Mary Chain.” 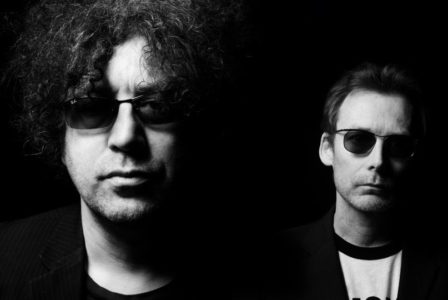