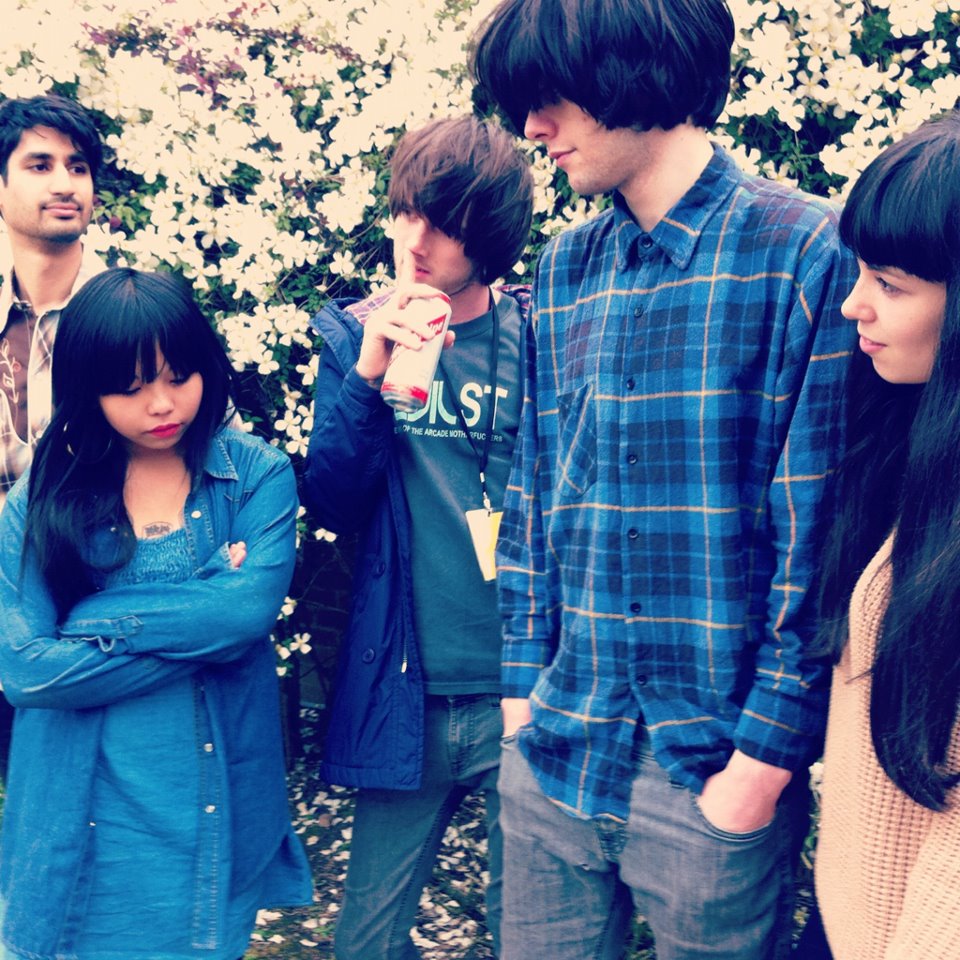 London fuzz-pop band The History Of Apple Pie are set to release a new single on the Marshall Teller label on October 14th.

Don’t You Wanna Be Mine?’ will be released on seven inch vinyl and digital download and is the first brand new material since the release of the bands debut album ‘Out of View’ earlier this year. The vinyl release comes backed with an exclusive remix of the track by London producer DREAMTRAK. Hear the single’s title track “Don’t You Wanna Be Mine?”

Formed just over two years ago, The History Of Apple Pie are centered around the songwriting partnership of Stephanie Min (Vocals) and Jerome Watson (Guitar) together with Kelly Owens (Bass), James Thomas (Drums) and Aslam Ghauri (Guitar). They’re currently in the studio putting the finishing touches to their  second album which is due for release next year.

The London five – piece, who spent a successful Summer playing festivals both here and across Europe, will set off to the States for the first time next month to play the CMJ Festival in New York on the 15th of October.

B: ‘DON’T YOU WANNA BE MINE? (DREAMTRAK REMIX)