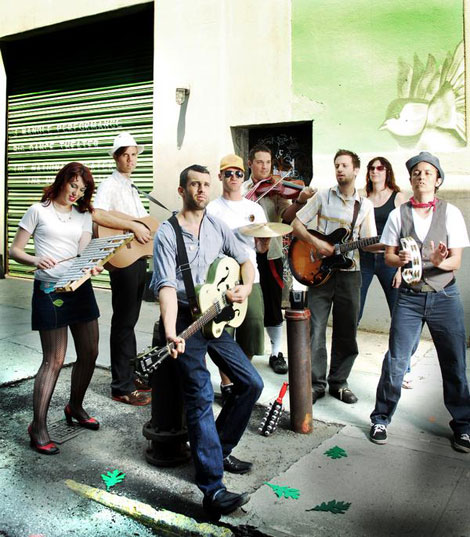 The Hidden Cameras have premiered a second single off their upcoming new album AGE, “Year Of The Spawn” today. AGE is The Hidden Cameras first new album since 2009’s  Origin:Orphan, and will arrive January 21 on Evil Evil/Motor Music since 2001, Joel Gibb and company have been creating some of the most unique and engaging orchestral/electro-pop on any continent. The first Canadian band to sign to the legendary Rough Trade label, The Hidden Cameras paved the way for the then just emerging Toronto music scene.  Gibb declared, “AGE deconstructs my musical roots,” and to a certain extent it is a coming-of-age record.  He retrospectively explores the most diverse shades of age, not comprehended in terms of years; its meanings are too multi-layered. Age can mean anything, but above all, age means to assume moral responsibility. “Year Of The Spawn” follows the first single, “Gay Goth Scene”.