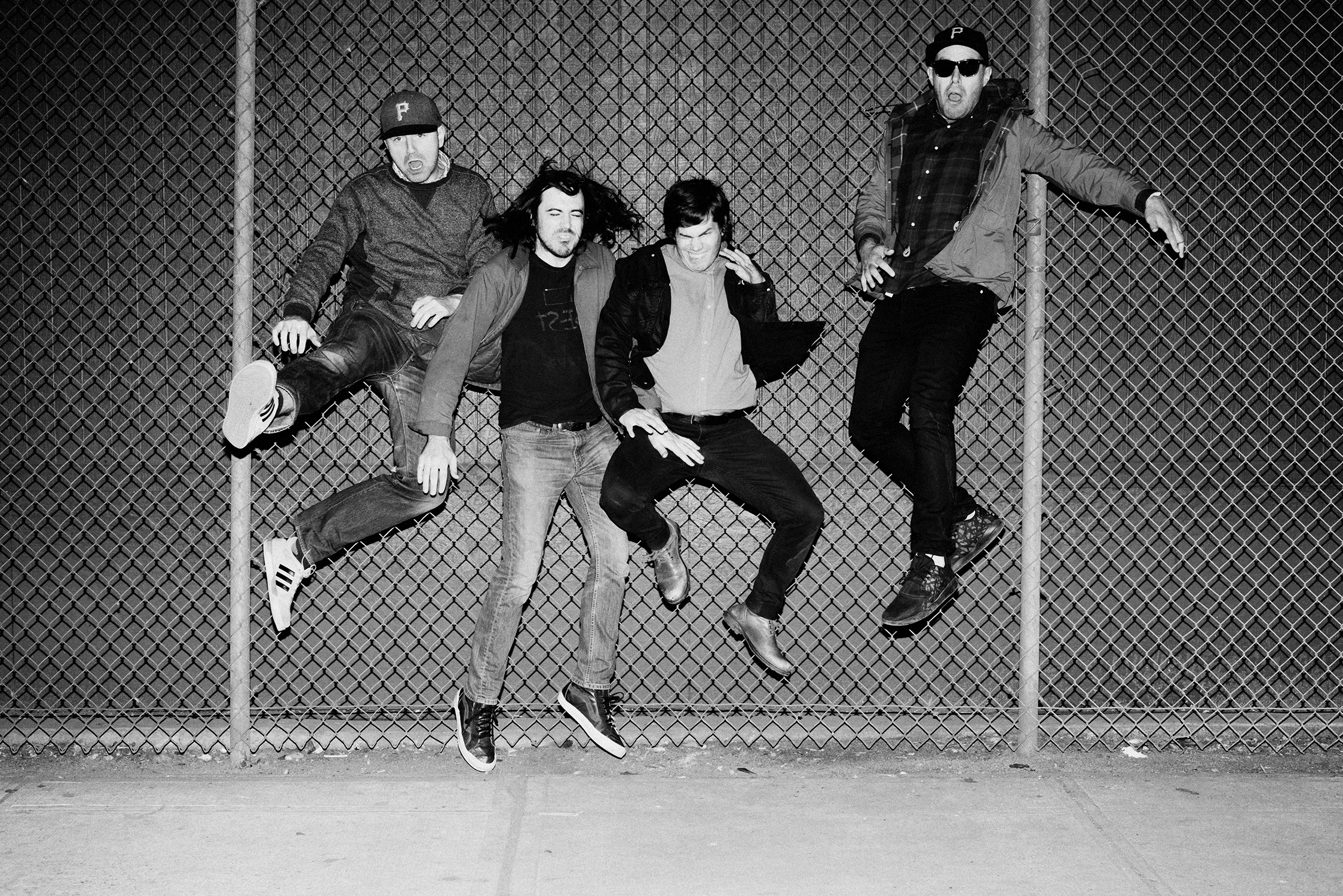 Pittsburgh’s The Gotobeds will release their new album, Blood // Sugar // Secs // Traffic, on June 10th vya Sub Pop. The full-length release, features the lead single “Real Maths/Too Much,” was produced by the band and Matt Schor in their friend My War Matt’s basement, and mastered by Matthew Barnhart at Chicago Mastering.

The Gotobeds have scheduled two shows ahead of the release of Blood // Sugar // Secs // Traffic: A hometown show on April 8th at Spirit and April 30th in Columbus, OH at Big Room Bar. Expect to see the band on the road soon.

More on The Gotobeds by Protomartyr’s Joe Casey:
Hey, what’s this? Well that, my friend, is the newest album from The Gotobeds, entitled Blood // Sugar // Secs // Traffic. It’s their second full-length LP and their first for Sub Pop. Whoa, whoa, please slow down. I’m already completely lost. What you just said sounded like a stream of complete gibberish. Okay, I’ll lay it out for you and if you have any questions could you yell them at me? SOUNDS GOOD. The Gotobeds formed vaguely around 2009 in Pittsburgh and play a mutant strain of rock music that is often filed under punk, indie rock, or 99-cent discount bin. WAIT, THE GOTOBEDS? I HEARD THEY WERE KNUCKLEHEADS! Only if the knuckle is the part of the human body that contains the brains. Much like their previous releases on underground stalwart labels like Mind Cure and 12XU, this new album artfully slips intelligence and experimentation into a dying art form. It’s a harder feat than you’d think.

And sure, their live shows have often been compared to an “all night party where I feared for my life and the lives of everybody in the five block radius,” and their recorded output is akin “to the sonic manifestos of four men deprived of human love and raised on beer and Swell Maps, Mission of Burma, and old Fall records.” But what you get with The Gotobeds, delivered in spades on this album, is smart, noisy rock with just the right amount of stupid.

FAIR ENOUGH. SO HOW’D THIS GET MADE? It was recorded in bursts over several months of 2015 in their friend My War Matt’s basement in Pittsburgh. Unlike previously, the songs were conceived and recorded in blocks, which resulted in a more experimental feel. But this is no chin stroking curate’s egg. You like loud, double guitar leads? OF COURSE I DO. WHO DOESN’T? You’re in luck, because this album is carpeted with em, thanks to Eli Kasan and TFP. On a song like “’Bodies,’” it sounds as if you’ve walked into the biggest Guitar Center, but, you know, not terrible. Keeping it all locked down is the rhythm section of drummer, Cary Belback and bassist, Gavin Jensen. They allow the downright prettiness of a song like “Red Alphabet” to shine, and the lyrics on the anti-sexism thrash of “Crisis Time” to punch through.

THIS ALL SOUNDS WONDERFUL, IS THERE ANYTHING ELSE I NEED TO CARE ABOUT? Eh, probably not. Except that Tim Midyett (Silkworm, Bottomless Pit, Mint Mile) and some bum (Protomartyr) are featured as guest vocalists on “Rope” and “Why’d You,” respectively. Also, I’d be remiss to not mention the fact that the band’s live show is a testament to the cathartic nature of speed, skill, repetition, noise, and red stage lights. If you don’t believe me, ask the bands they have played with, like Total Control, Tyvek, or The Replacements. Also, they rep Pittsburgh harder than anyone possibly could and come off better for it…which is saying something.