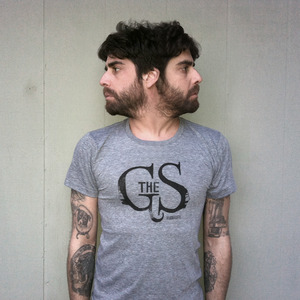 My name is Celeste Goldberg.

I have been enlisted and grudgingly have accepted the duty of introducing or reintroducing you to my brother, Adam Goldberg, and his current musical endeavor: the second Goldberg Sisters record, his third record in all. It should be known upfront that while we have our differences (i.e. I write the songs, he gets the credit) I am being paid by the compliment. So I figured it was worth a whirl.

My brother is known, if at all, largely to the Western world–and Turkey, inexplicably–as that guy from Dazed and Confused, Friends, Entourage, Saving Private Ryan, The Hebrew Hammer, 2 Days in Paris, etc.  Oh also he as been anointed  “King of Vine” recently. So he is the king of a phone app. Well, good for him I suppose. Some may also know, but I doubt it, that he is also the writer/director of two films–Scotch and Milk (1996) and I Love Your Work (2003) and the author of a third he will direct later this year.  He also directed this meta, farcical quasi documentary thingie for IFC, called Running with the Bulls,  as well as several music videos, for “his” music as well as other artists. His inability to live in the present tense has lead to a rather prolific photography habit consisting largely of film photography with an emphasis on instant film. He is commercially represented by Weiss Artists in Los Angeles. I, on the other hand, do not need commercial representation to validate my passions.

So, the music. Okay. His version….Although Adam first began making home recordings on his (my) Tascam 4-track in the early ’90s and continued to record and play in bands throughout the decade, it wasn’t really until I Love Your Work that he came out as a music maker. He composed the bulk of the score and collaborated with Flaming Lips wonderkind Steven Drozd on other compositions for the picture.  Adam would also later appear in the Lips’ Christmas on Mars, and if you ask me I’d say its his best performance (because it lasted only 5 minutes). Steven and Adam would later record three of Adam’s compositions for our, er, his first record, under the LANDy moniker.

While his second record, the eponymous The Goldberg Sisters, was made the summer of the LANDy release in a conventional studio setting, the current album was in a sense born on Adam’s Tumblr blog, which has served as his visual and aural journal for the past 3 years. The 14 tracks were culled from hundreds of demo recordings, amassed  since he began the blog and then recorded in a 6 week burst  burst in the garage downstairs. Arguably this one is the most homespun record in some ways but in still others our most “bandy.”   The model in many ways was the classic ’70s L.A. studio sound onto which we would pile our signature effusion of layers and gear freak jetsam.  More cowbell yes, but more Space Echo, yes please.

Having collaborated with several musicians over the past many years, this time Adam would play every instrument (biting lip) on the record.  He felt that given the personal nature and origin of many of the songs, it was appropriate to play them all himself. (I, on the other hand, think he was just being cheap). We (I simply can’t with the “he” any longer) enlisted the remarkably talented Andrew Lynch,  a solo artist as well as a musical and engineering collaborator from our other projects,  to record and mix the record — while we moonlighted, recording our vocals upstairs in the office. And so it was, Andrew and Adam (and I) in that cobwebby garage from December of 2012 through January of this year who ground out these 14 songs before you. (Well, 15 if you count the hidden track I made with a loop pedal while he slept. It’s hidden even from him.)

This album in many ways is  a testament to the virtues of personal evolution, executed in as personally a way as possible — by one’s self in their shitty garage and, sometimes,  upstairs office.

Well, there you have it. I hope you enjoy our offering as well as having a better sense of Adam,  the all around artist.  And I hope I never have to do this again