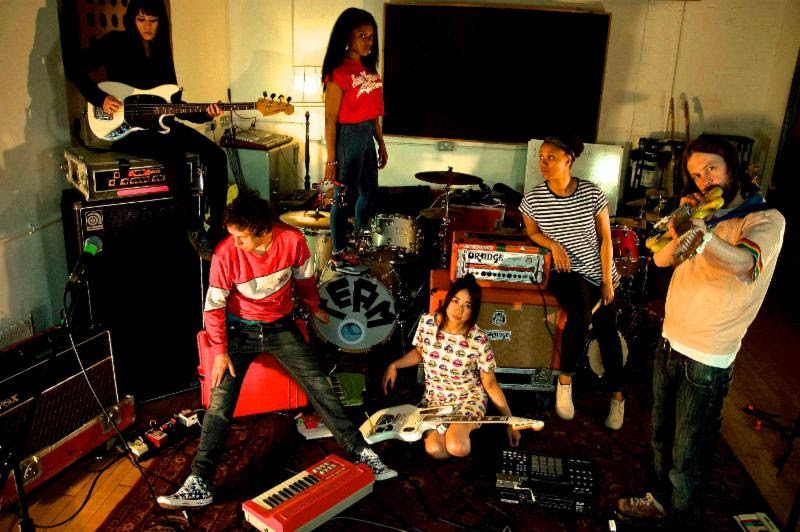 After The Go! Team’s release of their album The Scene Between earlier this year, a return to form for frontman Ian Parton who created the album in its entirety by himself, without other band members, for the first time since Thunder, Lighting, Strike. While live shows may have seemed unlikely as Parton produced the album alone, The Go! Team are gearing up to bring their live show to the U.S. as they announce their first North American tour in 5 years. The live lineup will feature original members Ian Parton, Ninja and Sam Dook, who will be joined by newcomers Cheryl Pinero, Maki and Simone Odaranile.

The Scene Between, out now via Memphis Industries, has Ian Parton going back to his roots by writing, performing and producing all of the songs himself. The band’s last album entitled Rolling Blackouts became a natural end chapter for the band with members splintering off into different musical projects, getting married, teaching, experiencing real life. Bandleader Ian Parton took this opportunity to return to do what he does best – crate digging, fooling around by himself, trying to nail a feeling. He searched high and low for the right voices to match the songs, finding bedroom-core DIY artists whom he’d never met to provide vocals for each track.