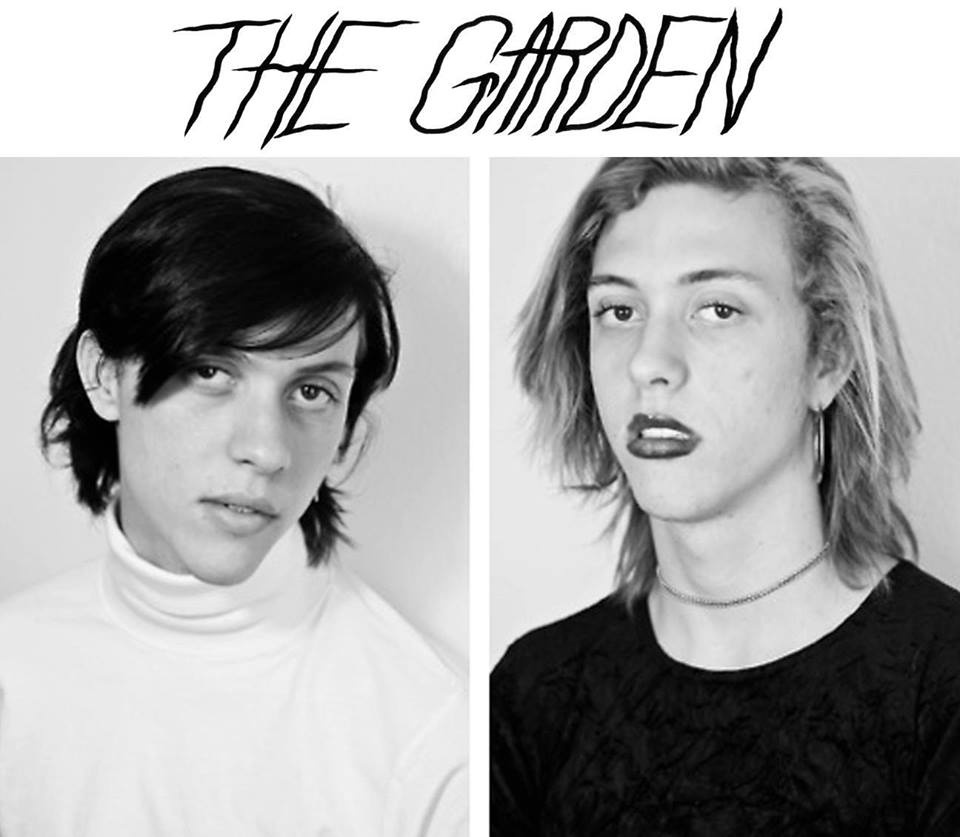 The band released the single ‘Surprise’ via Luv Luv Luv Records. They will be back in the UK in March for the above dates with Warpaint. You can watch the brand new video for the single, below. The concept was by The Garden and Ashley Calhoun Directed by Taylor Bonin and The Garden Assistant- Scott Stinnett & Isaac Zoller Special Thanks- Richie Olivares.

Established in in 2011 by twin brothers Wyatt and Fletcher Shears, The Garden continue to break ground in their self-inflicted ‘Vada Vada’ genre. They are the auditory invaders of the new world; borderless, informed and decentralised, released from constraint and old ideologies.

Their live shows are experiential,as they are glib and tricksy. There never is any time for explanations, only a sense of urgency and a rapid spiral into their parallel world. To be seduced and ensnared by mirror-image raconteurs, operating an addictive carnival ride of sound and movement that stops as abruptly as it starts, is a close approximation of The Garden experience.

Whilst drawing inspiration from a background in punk classicism, their two-piece bass and drums essence is dirty, raw and very immediate, infusing elements of 90s hip hop and big beat electronica for un-distilled fury.