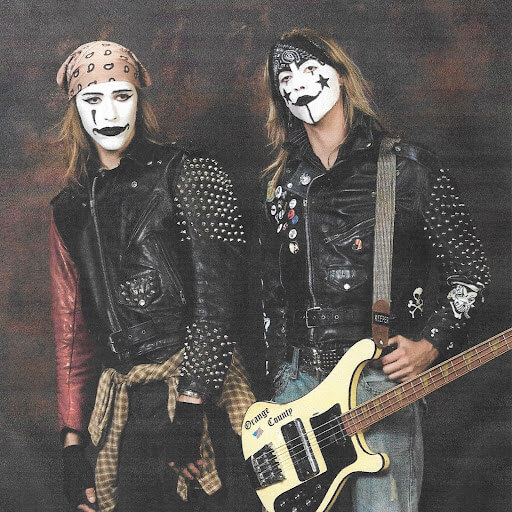 The Garden have shared their first single of 2022, “Freight Yard.” Along with the news, the duo have announced a massive run of U.S. tour dates that includes festival appearances at Viva LA in Los Angeles & When We Were Young in Las Vegas.

Comprised of twin brothers Wyatt Shears (Vocals, Bass/ Guitar ) and Fletcher Shears (Vocals / Drums ), The Garden have been honing their singular sound since 2011, across 4 albums and as many EP’s. Known for their fast, punk-influenced jungle and DnB styles and distinct fashion sense, the duo have toured the world extensively, and appeared at Camp Flog Gnaw, Sasquatch, Riot Fest, Neon Desert, End of the Road Festival, Tropicalia, Coachella and more. The Garden have collaborated with Dylan Brady (100 Gecs), Mac DeMarco, Le1f, and modeled for Saint Laurent at Paris Fashion Week.

“Freight Yard” marks their first independent release since last year’s Kiss My Super Bowl Ring LP, released on Epitaph Records. On the new single, Wyatt Shears explains – “Freight Yard is a song that is very near and dear to our hearts. Feel free to play it for your grandma and grandpa , and if you don’t have those then you can listen to it very quietly with no one else around. I wrote this song while laying down at a freight yard a couple weeks ago. I would’ve stayed there longer, but I saw semi truck headlights approaching so I had to get out of there.”

Purchase tickets for The Garden HERE