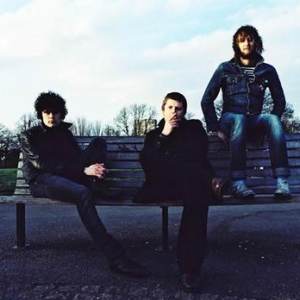 The Fratellis just released their new album, We Need Medicine, through BMG. In celebration, the band embarked on a full US tour. The band will be on the road in Europe for the next month.

Today, the band reveal their retro-flavored video for (by Brendan Kennedy) We Need Medicine album cut, “She’s Not Gone Yet But She’s Leaving,”