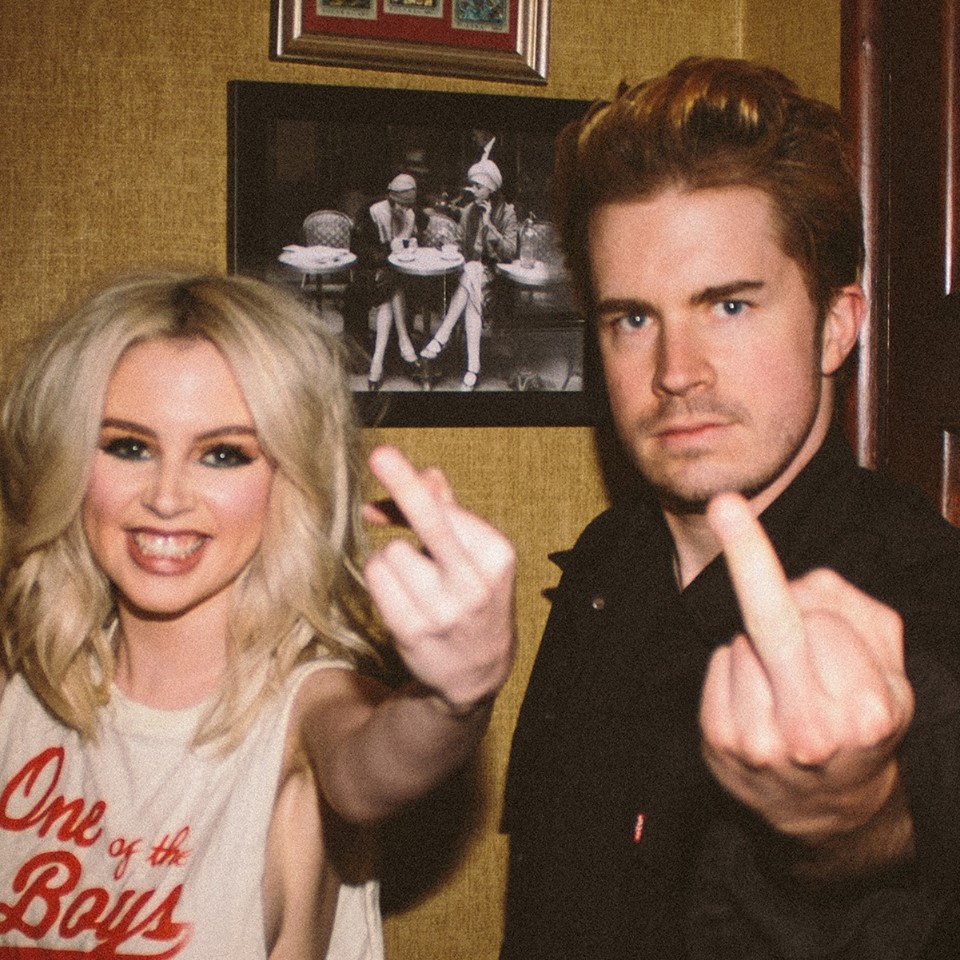 Los Angeles band The Fontaines were started by brother and sister Hank Fontaine and Charlotte Fontaine. The group is rounded out by Chrystian Kaplan on drums and Daniel Zuker on Bass. Today sees the band share their new single “Freaks”. The Fontaines play a sold out show on June 21st in Los Angeles at the Teragram Ballroom on

The song was inspired by Charlotte Fontaine. she had had enough uncomfortable encounters with prospective romantic interests shaming her physically, emotionally and sexually. After a particularly offensive encounter with someone calling her a “freak” for being herself, Fontaine refused to accept that statement. She turned it around, and “Freak” was the result.

“Freak” is unapologetic, sexually-fueled chaos that politely tells the listener know that it’s okay to indulge in your kinky vices, because we all have them.

With everything going on in our political climate right now, this video is important – and having it come from a female’s perspective is more important. When a girl likes kinky things, she’s a labelled “freak”. And according to The Fontaines, that’s okay.