The Flaming Lips guide to ‘The Terror’ 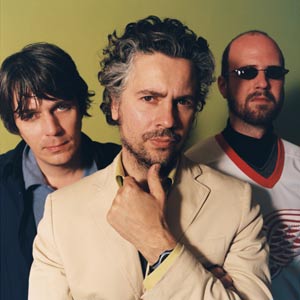 Did god make pain so we can know the high that nothing is??

WHAT IS THE TERROR??

It is a strange thing when humans are very sad, the stories and music they want to hear is not hopeful or happy; they want to hear SAD stories and music…so we suppose happy people wanna hear happy things maybe we only hear ourselves or we only LISTEN to ourselves Well, then, what had happened to us? Why would we make this music that is The Terror – this bleak, disturbing, hopeless record…?? I don’t really want to know the answer that I think is coming: that WE were hopeless WE were disturbed (but we didn’t have a longing to NOT be disturbed) and, I think, accepting that some things are hopeless…or letting hope in one area die so that hope can start to live in another?? Maybe this is the beginning of the answer.

Making music is such a haphazard activity, especially when done by a group. The individuals each have their own states of mind and each are, in a sense, listening to or hearing only themselves and so it can be a mishmash of moods or sounds or themes depending on the members’ assertiveness or their ability to conquer others (ha ha). It is a wonder that anything gets expressed (or maybe it is BECAUSE of these different agendas that music is, sometimes, its MOST expressive) It’s a motherfucker and a mystery.

So toward the end of the mad frenzy that was the “Heady Fwends” collaboration record, a second studio was being used to record in while the main studio was being used to mix in. And often the demands of the main studio would be so overwhelming that when we would retreat, starting sometimes at 1:00 in the morning, to the second studio, our music would be made in a kind of sleepwalker’s dimension…meaning, lead only by pure desire, pleasure and curiosity. All creations, if you are lucky, begin like this. They can quickly turn unpleasurable but that’s the nature of all production. So when “The Terror” was beginning to take shape, Steven and I were determined to navigate around this drudgery of production, trying our best to keep every moment, every sound, every word as it happened in this “sleep walker’s dimension”. You see, we weren’t really trying to make a new record and we were being completely self-indulgent. We started to be affected by this music eventually affected so much that we could not tolerate any other music we had an inflated sense of self-importance and belief that this music this sound this mood is all that will ever matter to us from now on. Being obsessed is fun!!

But The Terror is NOT fun…

What we can’t control… if you are like me… we try to control. What we can change, we try to change… And so, maybe when we are immersed in chaos for too long, we long for stability or control. And maybe when we have control for too long, we have a desire for chaos. Or maybe we are just hungry worms… yeah… worms that are a thousand feet long… and we are eating our own tail… but we don’t know that, yeah, when we HAVE control, we fear LOSING control… but we think we WANT control… and then chaos comes in and shows us that, if we had control, our lives would be safe… or predictable…orboring???  We create the chaos BECAUSE we have control… Fuck!! Like I said (or like I feared), we are hungry worms…

LOOK, THE SUN IS RISING!!

For a long time in our life, when we were young, we lived as though there were eyes watching us from above not GOD, but a super entity; not a super entity that cared about truth or justice, just a watcher. After that, we lived for a long time believing the universe has made us yeah!! but the rest is up to us. And then paranoia seemed useful again and for a short time during the making of “The Terror”, we believed that eyes from beyond were once again watching over us. We longed to have no control of our lives… we tried to believe UFOs were hovering and watching us… we wanted to believethere was a conspiracy of fake truth and that we were being kept hostage by an unknown overpowering enemy and that our only escape was internal… we went inside ourselves. Where we know what is real… but once we went internal, we discovered we were empty and scared and we once again confided in the underlying truth that LOVE will save us yes, LOVE will save us. But The Terror?? The Terror is that LOVE is not the magic gravity, the sun of suns… We want, or wanted, to believe that without love we would disappear; that love, somehow, would save us that, yeah, if we have love, give love and know love, we are truly alive and if there is no love, there would be no life The Terror is, we know now, that even without love, life goes on… we just go on… there is no mercy killing.