The Festival that could ‘Pop Montreal’ 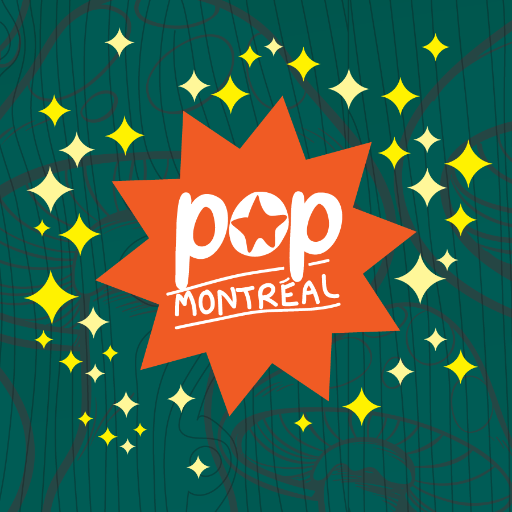 It was my first time at POP Montreal this year so I was a bit anxious and not really sure what to expect. With a solid plan in mind for the festival I headed to pick up my pass at POP’s HQ. The daytime hub featured multiple rooms with free live music as well as an outside BBQ area. I headed upstairs to catch a bit of Foxtrott’s free set as Win Butler casually entered the room to attend the show as well. Pretty hard to miss at 6’ 5” the Arcade Fire frontman quickly became just another music lover. It’s a vibe that I soon discovered and felt throughout the festival, one in which bands and artists supported and attended each other’s shows. Soon after arriving at POP’s HQ, I felt at ease, immersed in the Montreal’s local music scene here. Foxtrott blazed through her groovy, danceworthy pop tunes, as her french horn player handled the bass sections. I headed back outside to grab some food.

I really wanted to ease in slowly to Day 1 (9/16), get myself acquainted and be sure I wasn’t missing anything I had overlooked in my planning, especially with five days of music to come. Music fanatics lay on the grass at POP’s free kickoff cocktail party and BBQ show anxiously awaiting the surprise guest to play. It was finally revealed to be Ought, which I was quite pleased about in that I’d be missing their full show the following night to catch Arcade Fire’s tour documentary. The Reflektor Tapes premiered the following night at POP Montreal (9/17) at the Rialto Theatre, as well as performances by the She-Devils, Empress Of and Braids at Piccolo Rialto one of Rialto’s many rooms dedicated to POP Montreal. Ought performed a low-key, toned down version of what they would probably play at the Ukranian Federation the next night.

I headed off to go check out Born Ruffians at La Sala Rossa, one of two venues owned by the same individual, the other being Casa del Popolo, located across the street on Saint-Laurent. They played a boisterous set to a surprisingly somewhat small crowd, jumping right in to big numbers like “Oh Cecelia.” Fronted by Luke Lalonde, the singer was able to get every single body in the venue moving as he powered through some of the indie-pop/rock band’s best. I headed out after their performance to rest up for the big night ahead the next day. I also had an interview with the following night’s performer, Empress Of to prepare for.

Lucky enough Day 2 (9/17) centered around a showing and performances at the Rialto Theatre on Parc Ave. While my availability during the week only allowed me to see shows outside of my 9-5, I made a intensive effort to pack as much in as I could on Day 2. First on tap was Arcade Fire’s Reflektor Tapes. I was able to snag a pretty good seat and patiently awaited the start of the movie that was running a bit behind schedule. To my surprise a handful of Arcade Fire’s member – including Will and his wife Regine Chassagne – came to introduce the movie. By all accounts Reflektor Tapes was as unique as it was eccentric. Director Kahlil Joseph strived to, at least in my opinion, get into the headspace of the Montreal outfit and put that into visuals, instead of a run of the mill tour movie. Comprised of footage of their stops in Haiti, found-footage, as well as their secret show held at Salsatheque, I was glad I saw it. I ducked out to get ready for my Empress Of interview, and was lucky enough to see some of her sound check as I waited.

As we began out interview outside, the streets erupted with clatter and clang of a dance party led by Win and Regine Chassagne, and Montreal-based, Haitian band Rara Soley following the Reflektor Tapes screening. This party eventually led back inside for the commencement of Win Bulter’s performance as his side project DJ Windows 98, accompanied by Rara Soley. I headed over to the Piccolo Little Burgundy room, which is the late-night area for the POP Montreal aftershow in the basement of the Rialto venue. First on the bill was Montreal’s She-Devils, a group I’d seen before when they opened for Montreal’s TOPS earlier this year. Think retro, almost surf-rock vibe with a strong dependence on early samples. Remember that friendly vibe I was talking about before? It was ever-present tonight. Devon Welsh of Majical Cloudz roams around the crowd, just as Lorely Rodriguez aka Empress Of and Taylor Smith from Braids do the same.

Empress Of was next, whose music and debut album, Me sound like a hybrid between Grimes, MO and Bjork. With the help of a backup on keys and drums, Lorely packed a punch with her glitchy analog synths. Pretty hard to get a 1 am crowd going but she totally did. She ended up playing all of Me to a crowd which seemed like it was the first time they were introduced to her music. Braids closed the night, hitting the stage a good handful of minutes after 2 am. Getting off to a gentle start with some slower songs, I stayed a bit for some of their most popular cuts off their latest Deep In The Iris and headed off.

Day 3 (9/18) consisted of going to see another Arcade Fire alter-ego, Will Butler again at the Rialto. Admittedly, I wasn’t the biggest fan of his new music, and found it hard to get through some of the album, but I though I would go see how the songs translated live. Dressed in black and white attire, Butler took the stage as quickly as his upbeat songs filled the theatre. Butler was successful at making the whole crowd – even brother Win in attendance – dance and groove, even with some less conventional music from this year’s debut album, Policy.

A big day followed for Day 4 (9/19). First, I went to do some crate-digging at the record fair at Saint-Michel Church where they had some of Montreal’s best local record shops, secondhand vinyl collectors, and indie record labels. The record fair also featured tons of independent labels, including Arbutus Records and Fixture Records, as well as a variety of CDs, cassettes, minidiscs. Later at night I stumbled down to La Sala Rossa again to see Prinze George, a band I only knew one song from, and Albert Hammond Jr., better known as the Strokes’ guitarist and keyboard player, who recently released Momentary Masters at the end of July.

Prinze George took the stage dressed entirely in white, jumping right into some indie-pop tunes. Somewhat of a recent band, the Brooklyn quartet, have already created tantalizing synth-based songs, most closely resembling those of London Grammar. After an impeccable cover of Fleetwood Mac’s “Dreams”, the foursome launched into their fan favourite “Victor” to much praise by the audience.

Next was AHJ, an acronym emblazoned on the merch and their table as well as his drum set. I had heard a few tracks off his latest release, but was quite curious to see them put to work live. I wasn’t quite ready for the flawless beast of show that I witnessed. AHJ’s own unique blend of pop-punk, and insane vocals were showcased beautifully, especially with “Losing Touch”. The energy that powered the songs seemed endless – definitely one of my most notable performances of POP.

I decided to keep it low-key on the final day of POP (9/20), quickly checking out Heat at Divan Orange, before snapping off my accreditation bracelet. Labelled as “1970s proto-punk of New York City and the sprawling psychedelia of 90s UK shoegaze,” the Montreal band managed to pitch songs that were familiar, yet novel at the same time. Leaving the audience longing for more, the group lead by singer and guitarist Susil Sharma, performed a handful of songs off their latest EP, Rooms.

As the night came to end I though about lessons I could apply to my experience at POP Montreal next year. One that quickly came to mind was making a determined effort to see artists and bands that I have never seen perform before, but more importantly ones that I have never heard of before.