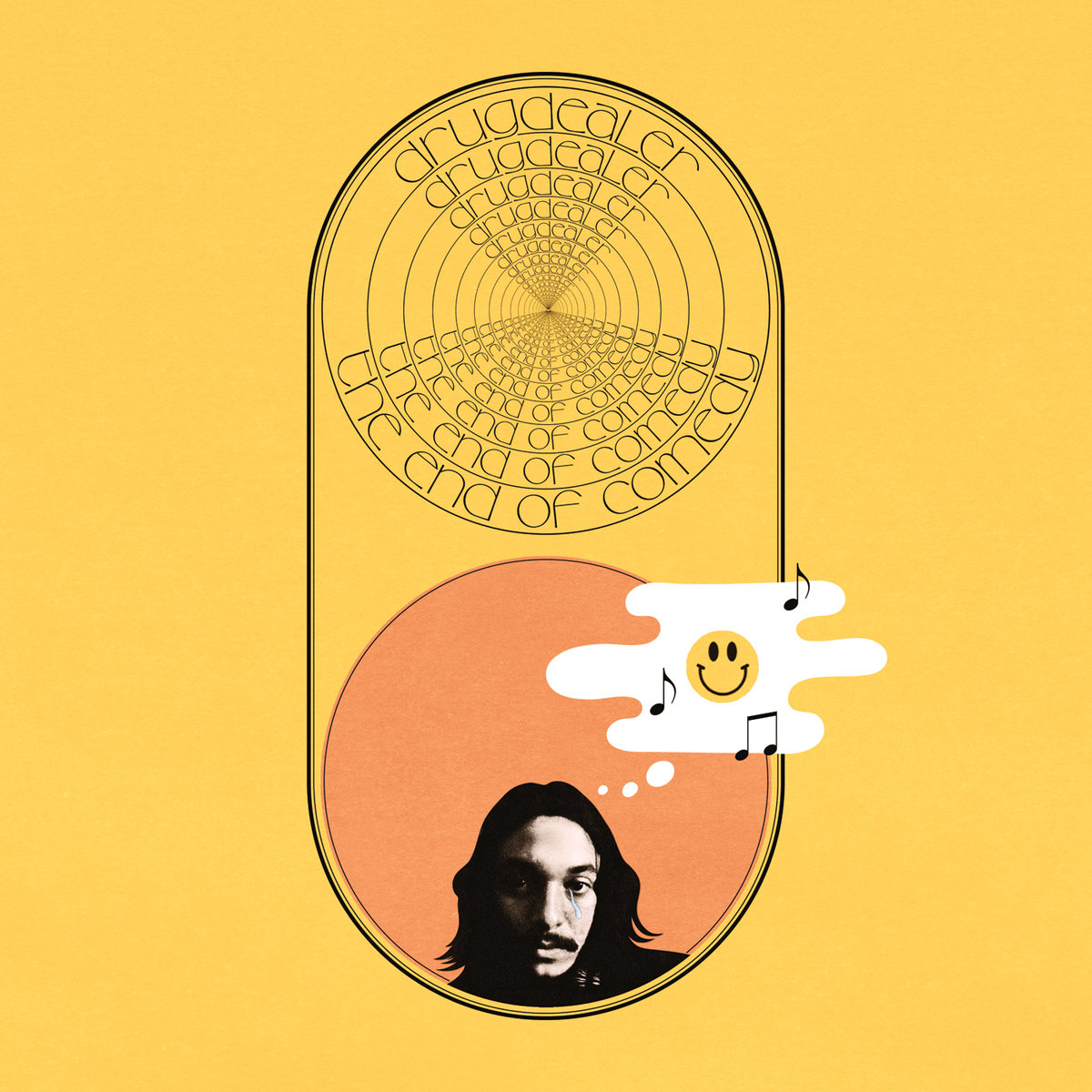 The End Of Comedy

The kind of audio narcotics Drugdealer (aka Michael Collins) peddles is more inclined to slow you down to a crawl as opposed to revving you up for a banging Saturday night. Think more friendly dope merchant than angry coke pusher in this case. ‘The End of Comedy’ is Drugdealer’s debut record – a project that’s been conceived by Collins and a plethora of likeminded luminaries like Ariel Pink and Weyes Blood. What has been spawned by these collective minds is an album loosely anchored on a cloud of cannabis smoke; this is typified by the languid hum of ‘Sea of Nothing’ “And you speak of spliffs but all you got are rolling papers” drawls from Collins’ mouth as a gentle drum pattern trips along accompanied by a hazy harmonica refrain and a meandering acoustic strum.

‘The End of Comedy’ is more of a sketchbook of ideas and connecting themes – the majority of the tracks clock in under the 3-minute mark – save for the previously mentioned ‘Sea of Nothing’ which reaches an almost unfathomable 5 minutes plus – that hang together on a wistful acoustic trill and a withdrawn, slurred vocal. It’s not uncommon for certain moments to sound like they could soundtrack a 70s detective TV show (see opener ‘Themes From Rockaway’) thanks to a smoky saxophone line and a twinkling piano motif. Elsewhere the TV connotations manifest in ‘Themes of Alessandro’s dreamy pleasantries, that could sit nicely on any family friendly soap opera from way back when. Album closer and aptly named ‘The End’ picks up where ‘Themes From Rockaway’ began with a sound that conjures up the images of a beige trench coated character trudging through the midnight drizzle of NYC with a cigarette hanging from his mouth and the hunched frame of a man with the weight of the world on his shoulders.

For an album that you’d expect to be detached from reality, it’s strange to find a song like ‘The Real World’ amongst it’s 11 tracks. Whimsical and withdrawn, guest vocalist Sheer Agony professes to the listener to not reject the present “but please don’t ever turn your face from the real world/it’s such a psychedelic place/the real world.” ‘Suddenly’ featuring Weyes Blood is a moulded into the same aesthetic, both sonically and lyrically but with an added bit of pep. It’s intriguing for an album to sound so laidback to carry a message of embracing the moment and claiming to be “born again” as opposed to disappearing into a chemically induced fug.

‘The End of Comedy’ feels out of step with the present day, despite its proclamations to remain in touch with ‘the real world’. However, we suspect Drugdealer and his chums are completely happy with that and wouldn’t want it any other way. 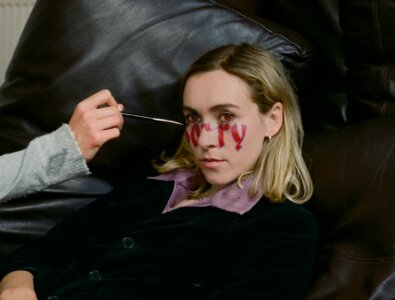 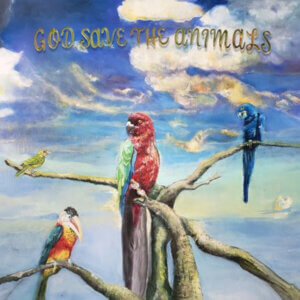