The Drones premiere video for “Boredom” 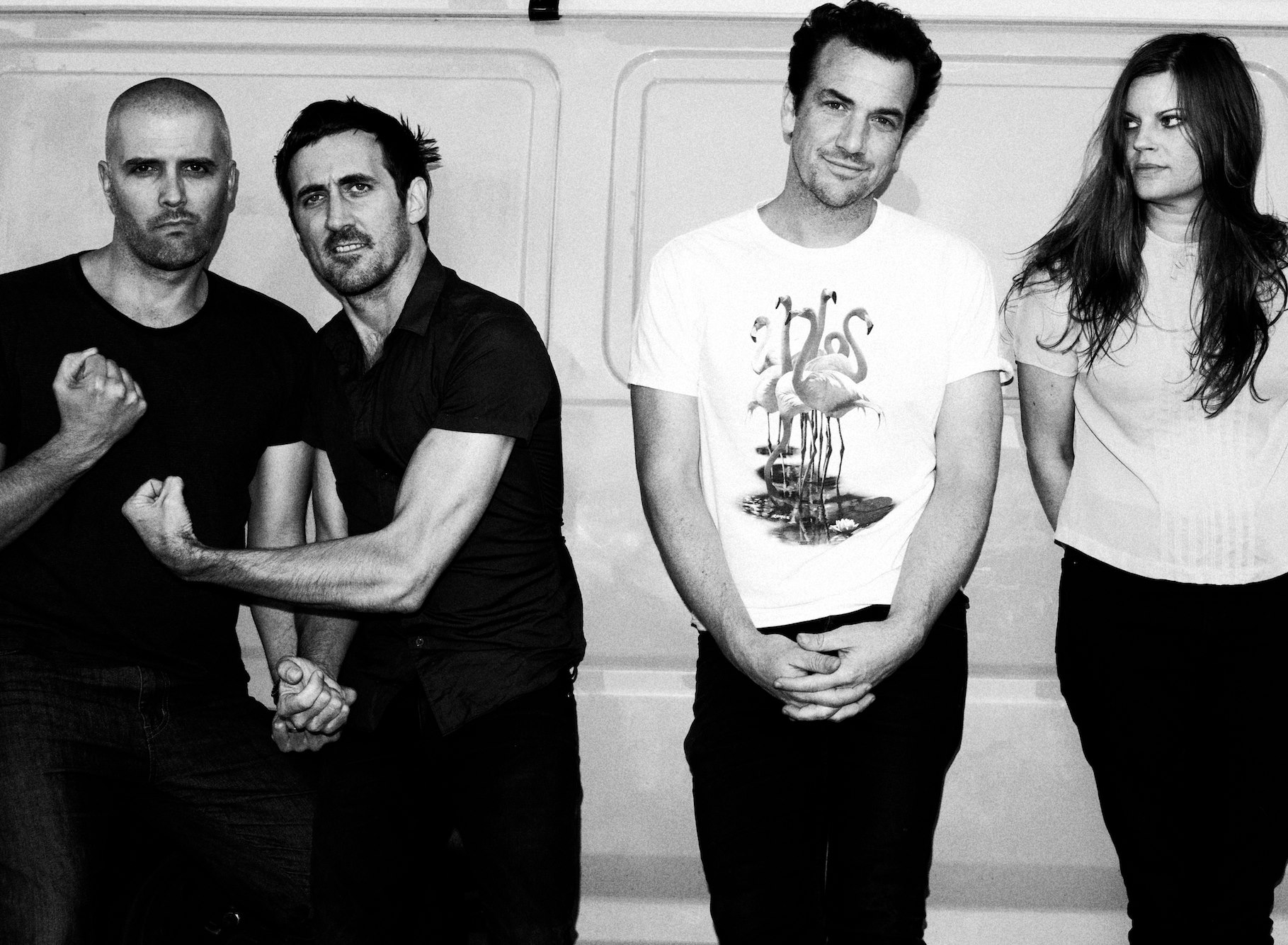 “Feelin Kinda Free is a bad trip you can dance to. It’s a punch in the brain summed up by the first line of the album’s opener Private Execution: “The best songs are like bad dreams”. It is not like other music. It is not your stock jock “modern” retro rehash, rather an avant avalanche of everything coming back to haunt you.”

Feelin Kinda Free Track Listing:
1.Private Execution
2.Taman Shud
3.Then They Came For Me
4.To Think That I Once Loved You
5.Tailwind
6.Boredom
7.Sometimes
8.Shutdown SETI

Lyrics:
The ‘burbs are growing like a fingernail
Slower than the dullest pain
I want the hunger and cold of the knights of old
When there was blood up to the himalayas
I’m saying farewell to the welfare state
The only comfort is a caliphate
I’m guessing war sure beats any old north shore beach
Or any western suburb single player
I’m looking for the type of test
A cataclysm make me beat my chest
Man any kinda ism beats a singing competition
On a tv fat with gnash and wail
They got me singing in a different scale
Don’t wanna push no pram
Or join a bikie gang
Or flip a burger for the infidel
No one ever lives to tell
What’s at the bottom of an oil well

Got me a lawyer in the ACT
Got me the fuck outta the PNG
I’m telling y’all failed states they ain’t exactly great
But neither’s prison in the Bismarck sea
Terra’s firma in the southern lands
Shock and awe is all for stretch humvees
The casual exhibition of a recent acquisition’s
All the intervention they got planned
I miss the hustle of the Baghdad days
It weren’t a shit hole in the late ’80s
That thing with W, don’t let it trouble you
It’s all a distant hen’s night anyway
I hear ‘em screaming for a Chippendale
That looks like Eminem, it must be 2am
And it’s like nothing here is even real
You’re just so lucky that you get to feel

Boredom boredom
I didn’t come here for the thrills and spills
I just like the way i don’t get killed
Boredom boredom
You get the house, land, bang the whole biz
If you can just remember where it is
Boredom boredom
Don’t fucking tell me that you ain’t got room
You ever really seen a baby boom?
Boredom boredom
Man I was born in the cradle of civilisation
And I plan on dying in it’s tomb