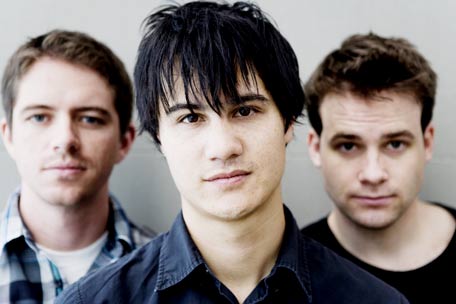 The Dodos have announced a 32-date North American tour in support of their upcoming release, Carrier, out on Dine Alone Records August 27. The tour kicks off on the west coast in September including dates in Vancouver, Edmonton, Winnipeg, Waterloo, Toronto, Ottawa and Montreal with support from COUSINS. The Dodos will appear on many stellar festival lineups including Sled Island, MusicFest NW, Pop Montreal, and more to be announced. Complete list of dates, including previously announced appearances, below.

When it came time for The Dodos to begin writing their fifth LP, Carrier, singer/guitarist Meric Long wanted to start over. The uncertainty of the band’s trajectory as well as the unexpected passing of guitarist Chris Reimer (of Women) brought about a reassessment of things within the band, and in particular Long’s songwriting. That influence can be heard on “Confidence”, the first track from the album.

Carrier was recorded in the band’s hometown of San Francisco, allowing for less time constraints and a more pressure-free experience than past out-of-state sessions had afforded. Although John Vanderslice’s Tiny Telephone studio was initially selected for its analog-friendly set- up, the duo were happy to find themselves working within a supportive community of like-minded musicians that included engineers Jay and Ian Pellicci, both of whom assisted in the production of Carrier, as well as the Magik Magik Orchestra, which appears on several tracks. As a result, the album The Dodos crafted is refreshingly sincere: just eleven songs that are beautiful and solid and true and honest.