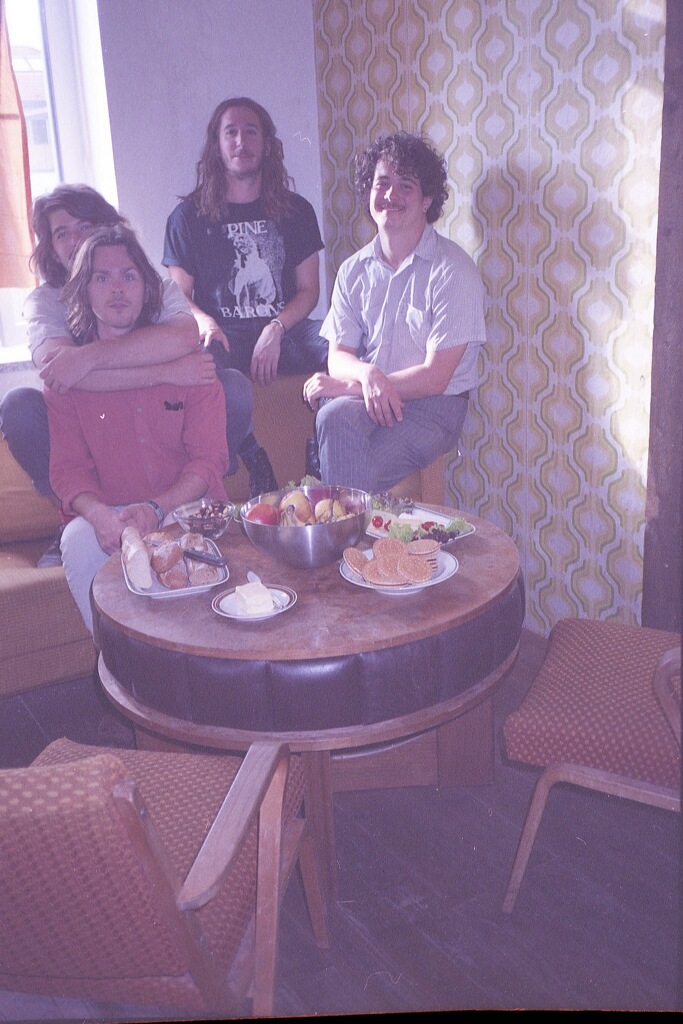 The Districts have released a new song entitled “Loving Protector Guy,” available via Fat Possum Records. With the release of this track, the band have asked people join with them in listening in order to support the cause of Everytown For Gun Safety: https://everytown.org/. The Districts play their next show on October 9th with the Raconteurs in Denver, Colorado.

The Districts on “Loving Protector Guy”

This thing, it happened to my cousin and it really did happen and it wasn’t funny but he laughed when he told us. This old dude pulled up next to his car and rolled down the window, with a sheriff hat on. He pulled out a water gun and shot my cousin in the face with it. It was beyond eerie, beyond poor taste.

And all I could think was would he laugh if he was a young man of color? Or if it was at school that this ‘joke’ was played? Or if he was my niece or he wasn’t straight? I found it devastating. Laughter has the power to disarm, so I don’t blame him for telling such an alarming and symbolic story that way. But damn.

Every time there’s news of gun violence it’s deeply upsetting. Are our politicians too desensitized? Are they just too safe and removed from everyday life? Or are they loyal to special interest groups that give them money more so than to their constituents? When will they take action on what is proven to reduce gun deaths? There’s something fundamentally American about the breed of violence in our country, clinging to misguided values over love, reasoning, and understanding.

Money and guns are currencies by which many Americans perceive our freedom and offer the most direct access to power in our nation. Guns are responsible for billions of dollars in revenue and are marketed as idols of freedom. Amazon has you hooked on delivery like big tobacco got us with smokes – there’s a lot of money in making you feel free. Don’t get me wrong, freedom is a magnificent ideal. However, I do not believe in the freedom to back up racism, misogyny, xenophobia, religious intolerance and homophobia with violence, and we must take stock of what we value and what kind of freedom we envision for our future.

The time has come for action, not thoughts and prayers. We want a nation where people are safe. Safe to go to school, go shopping, attend concerts, worship, receive medical care, or simply be in public. All of these things should happen without fear for one’s life because someone else feels alienated or wants to make a statement about their set of beliefs of what they believe to be true.

In their words, “Everytown for Gun Safety is the largest gun violence prevention organization in the country, with five million supporters, who are fighting for common-sense gun laws and a culture of safety. We support the Second Amendment–we are not anti-gun, we are anti-gun violence and pro-gun sense.”

We’re releasing this song to support Everytown For Gun Safety with the hope that change will come soon. Please visit everytown.org, learn more and support creating a safer world. Much love.